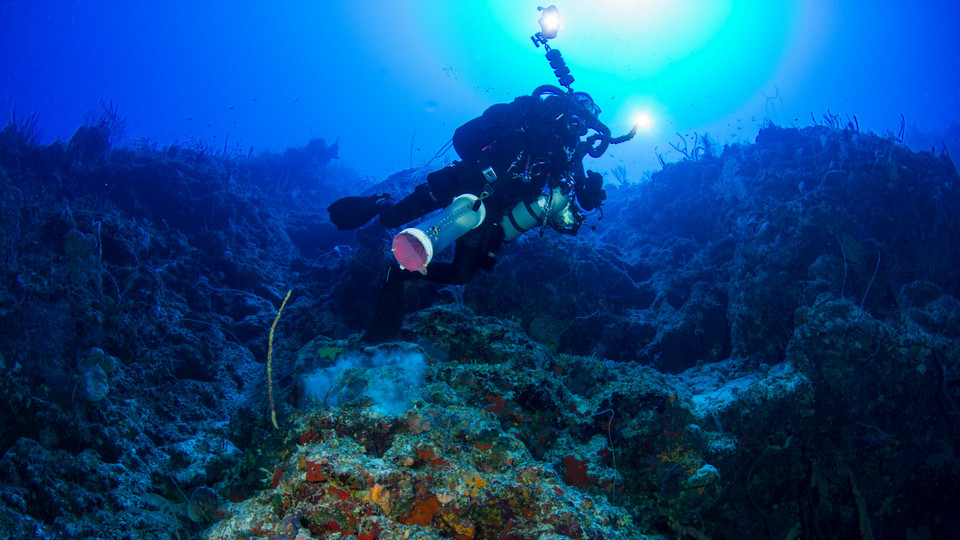 Scientists know more about the surface of the moon than they do about the deep coral reefs.

Step inside a realm known as the twilight zone—a narrow, dimly lit band of the world's oceans more mysterious to scientists than the surface of the Moon. In this groundbreaking new aquarium exhibit, located within the California Academy of Sciences’ newly updated Coral Reefs of the World gallery, discover the beauty and importance of the little-known reefs that exist between 200 and 500 feet below the ocean's surface—beyond the range of traditional SCUBA gear but above the depths typically explored by submersibles. Meet spectacularly colorful fish and rarely seen invertebrates, learn about the innovative technologies that are enabling Academy scientists to study this new frontier, and discover what you can do to help protect these amazing—and vitally important—ecosystems.

I just went to a staff preview of the exhibit, and it is pretty awesome. It's amazing coming face-to-face with rare marine specimens that you would have to dive hundreds of feet below the ocean's surface to encounter. The ctenophore "sea peeps" are particularly spectacular! And the rebreather technology that our scientific divers use is super cool to learn about.

It's a great addition to our already spectacular Steinhart Aquarium.

Watch this on The Scene.
Museums