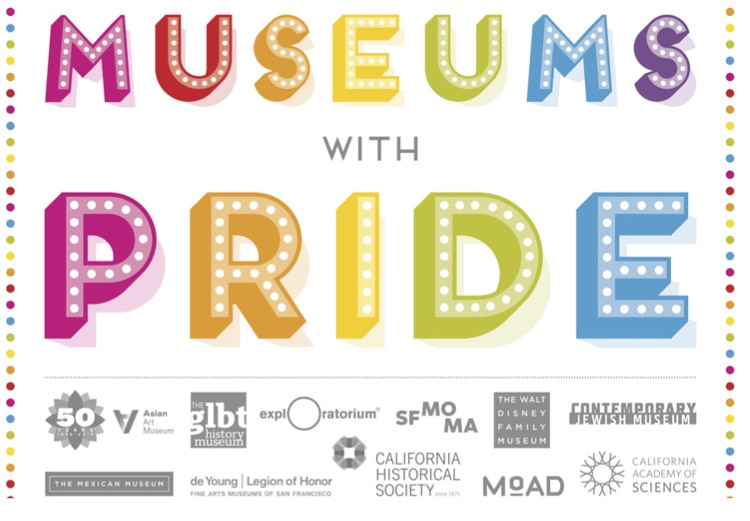 Yesterday was my first time marching in the San Francisco Pride Parade. I have participated for many years in the New York Pride Parade, but San Francisco has a well-deserved reputation as an international center for the LGBTQ community.

This was also the first time I marched with other museum professionals in the "Museums with Pride" contingent in the parade. We included staff and volunteers from eleven San Francisco institutions : the GLBT History Museum, the Exploratorium, the Asian Art Museum, SF MOMA, The Walt Disney Family Museum, the Contemporary Jewish Museum, the Mexican Museum , the DeYoung Museum / Legion of Honor, the California Historical Society, the Museum of the African Diaspora, and the California Academy of Sciences.

It was a perfect day for a parade — sunny and breezy. The crowds were enthusiastic and joyful, if a bit diminished from previous years. Given the recent events in Orlando, it's totally understandable that some people would choose not to attend. But I know many others who said that they were going specifically because they weren't going to be ruled by fear.

Having thousands of people cheering for you just for walking down the street is just a great experience. I'm so proud that I work at a tolerant, diverse, and progressive institution where people of all sexual orientations and identities can feel welcome and accepted. And it was wonderful uniting with colleagues from other museums to show our solidarity with LGBTQ rights. 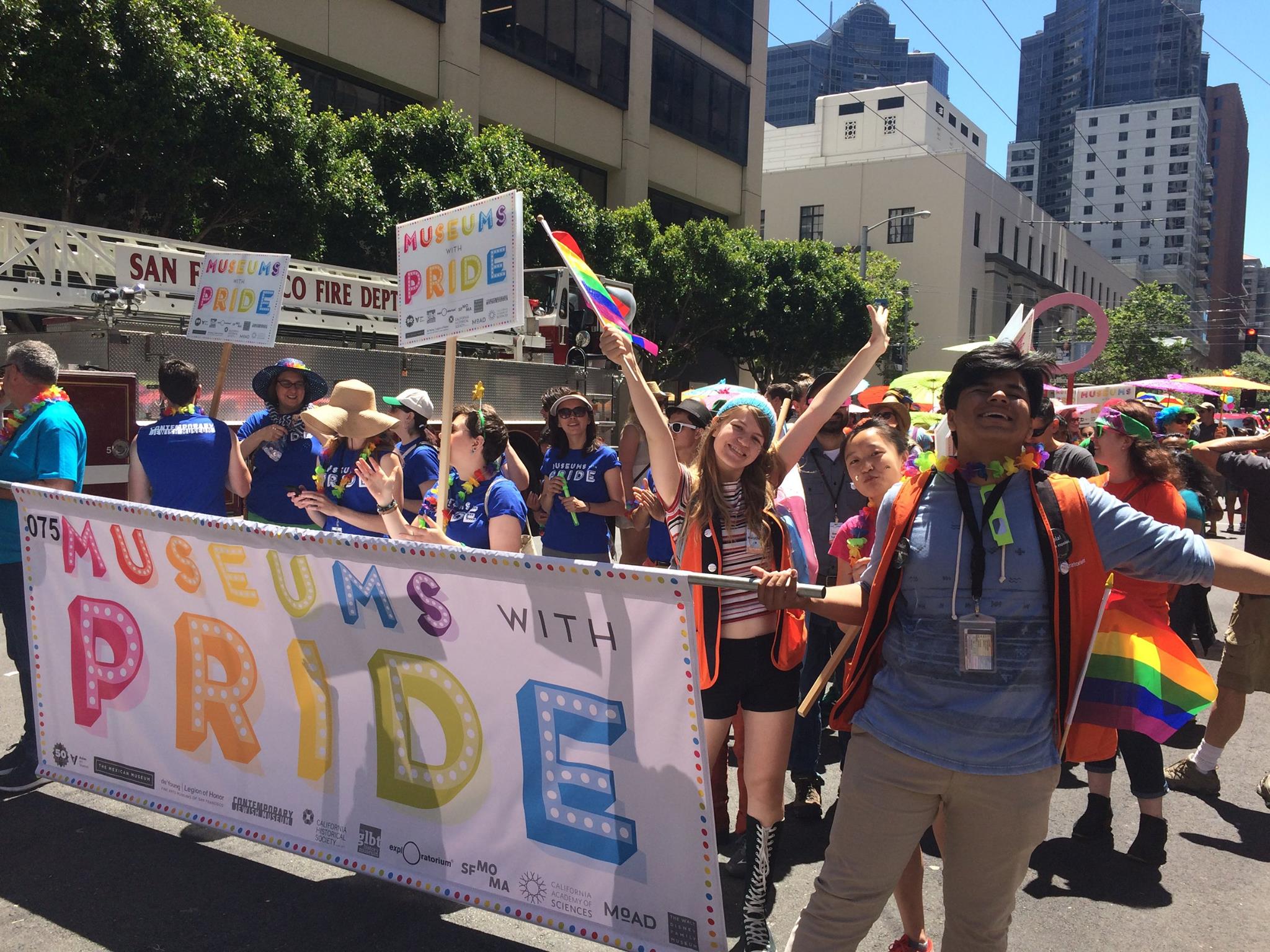