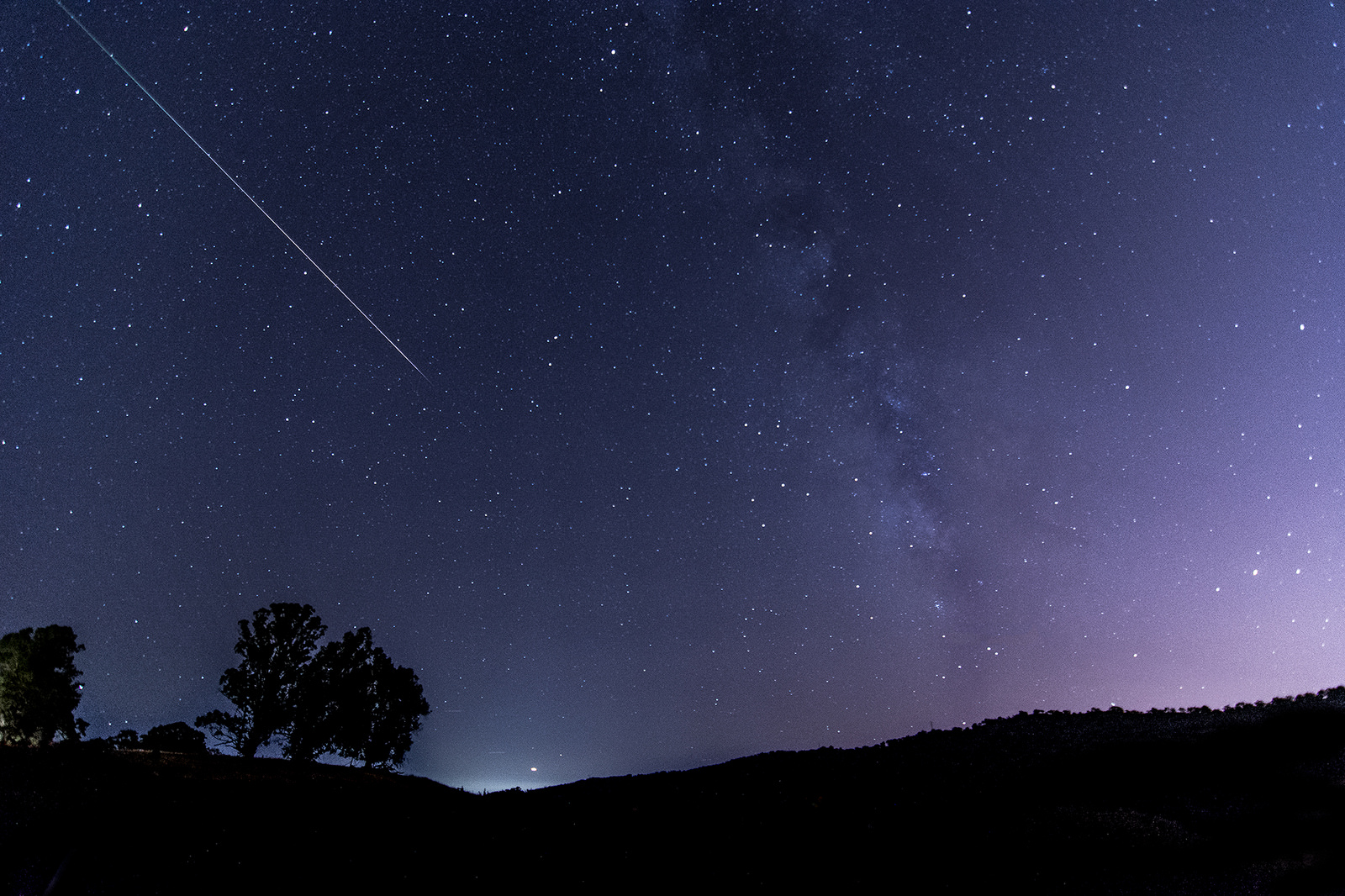 Last Thursday, some work friends and I got together to check out the Perseid meteor shower that was supposed to be spectacular that night. Five of us from the education division of the museum piled into a van and headed up to Mount Tam, where we thought there should be prime viewing of the meteors.

We got there at around 9:45pm, parking near a closed off roadway that seemed like an ideal spot. Pretty soon we were joined by a crowd of other star-gazers of all ages, lying on the asphalt, staring at the sky.

It's a very powerful, meditative experience just lying on the ground staring at the sky for a couple of hours. It's something I don't do enough of in my hectic city living lifestyle.

We were fortunate to have Josh Roberts with us, a senior planetarium presenter at the Academy, who was in full astronomy educator mode most of the evening. With his trusty laser pointer, he oriented our group and those around us to various stars, constellations, and other astral phenomenon. We felt like the luckiest group on the whole mountain with our own private star guide.

Of course, we were there for the show. And the Perseids did not disappoint. No, it was not a continuous "shower" of meteors. The moon was a quarter full, so there were many tiny meteors I'm sure that we missed. But every 15 to 20 minutes, we got to see a meteor or two streak across the sky, or  sometimes just twinkle as it came more directly toward us. There were at least five really amazing ones that left a long tail in their path that had us all "ooo"ing and applauding. A little girl nearby kept a running commentary that was adorable — "That was AWESOME!"

My colleague Jeff Dam brought out a camera rig to try and capture a meteor fall, which sounds incredibly difficult. He managed to catch this one, which is falling "down" on the right of the picture. Good catch, Jeff!

At around midnight, the sky was starting to cloud over a bit and we decided to call it a night. It was an amazing night. I need to remember to look up more often at the wonders of the night sky.