This weekend, I caught one of the last showings of the Strandbeest at the Exploratorium, along with some work colleagues. A series of “kinetic sculptures” created by Theo Jansen since the 1990s, the Strandbeests combine his interests in science and art.

Here’s a video of the Strandbeests in their native environment, the beach.

As you can see, they are totally weird and mesmerizing the way that they move. Constructed largely of PVC pipe and zip ties, these creatures were designed to propel themselves solely on wind-power.

Here’s one of the last showings of one of the Strandbeests at the Exploratorium on Friday. This one was powered not by wind but by compressed air held in recycled soda bottles.

Neat, but not as cool as seeing them in their native habitat.

Much more engaging was getting to move a Strandbeest on your own. I got to push one around, which was about the size of a pony, instead of the elephant sized one in the previous video. It feels very light and somewhat organic the way that it moves. I wanted to take it around the block with me.

Clever marketers that they are at Exploratorium, they had smaller scale versions of Strandbeests for sale in their gift shops. I really liked “Animaris Rhinoceros Transport,” because of the way that it sort of undulated as it moved, and the position of the pinwheel to catch the wind. So I had to get one for myself! 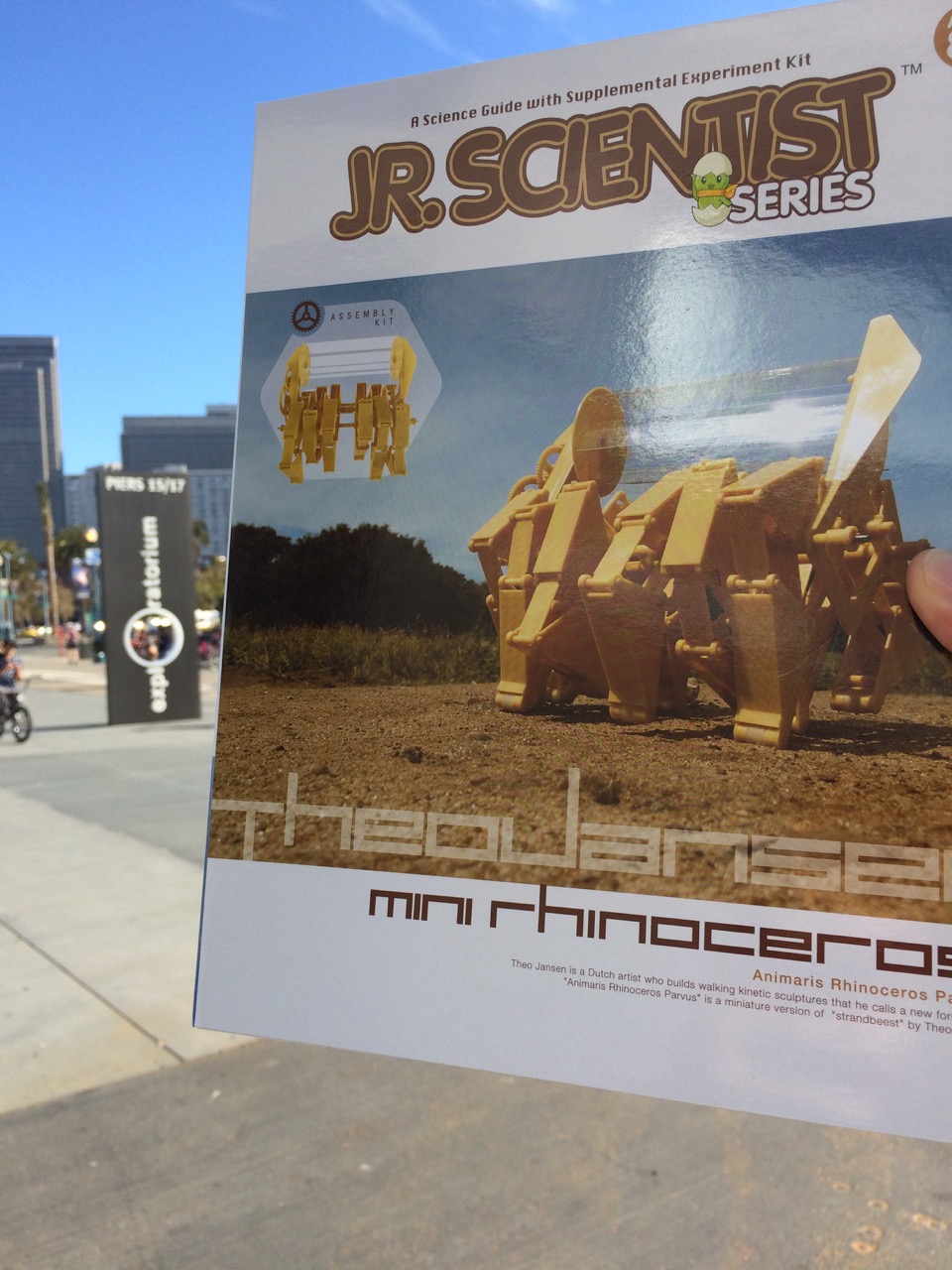 The kit says suitable for ages eight and up. I’m definitely not a great builder, cause I had to make and re-make mine before I got it to walk right. But eventually I had a completed mini-Strandbeest! 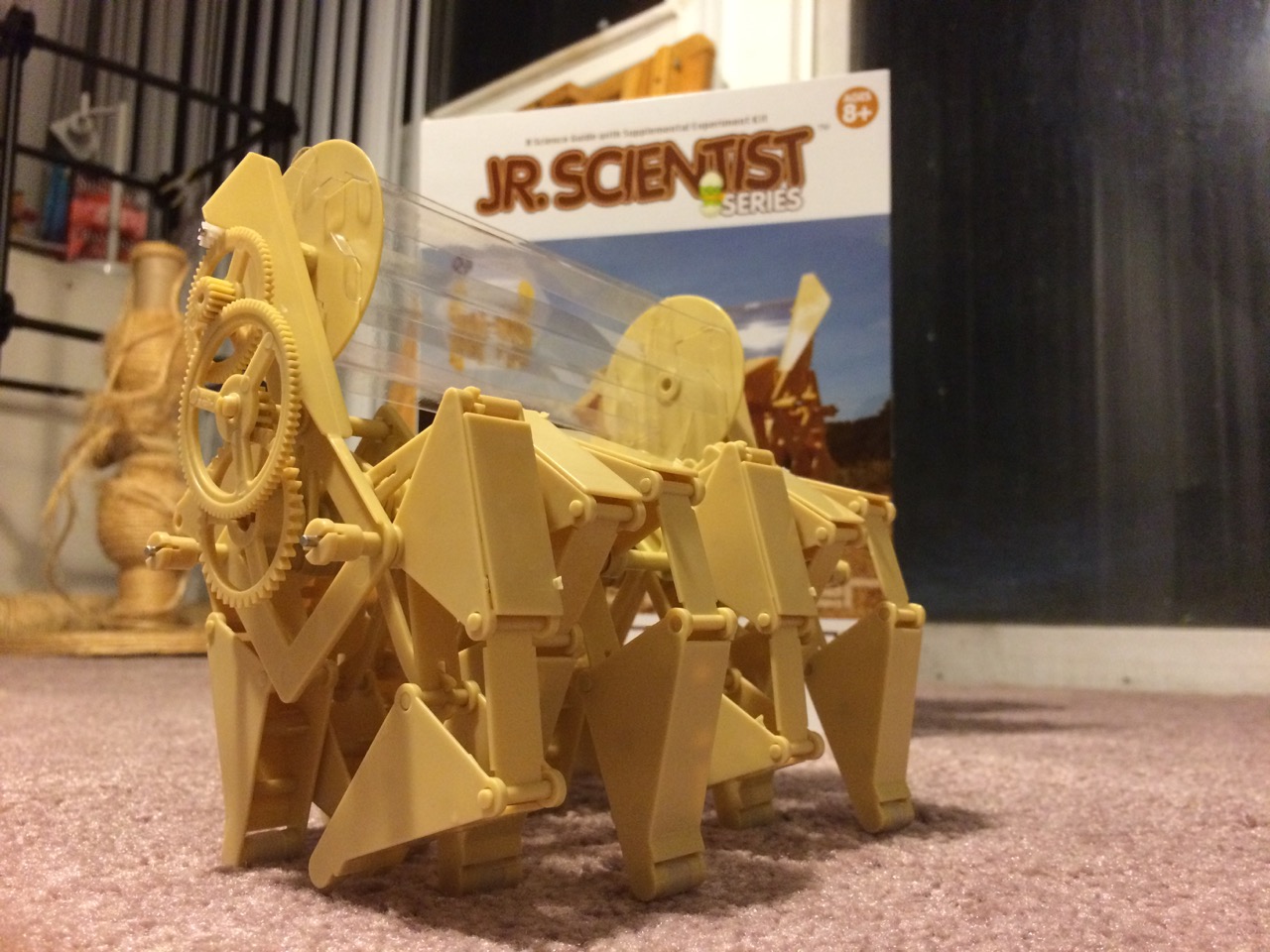 It stands guard proudly by my desk at work now, a great addition to the pile of toys I have on display. My co-workers have been stopping by to blow on it or fan it for a few seconds, just to see it take a few steps.  Quite the conversation starter.

Next I want to try it out on the beach!