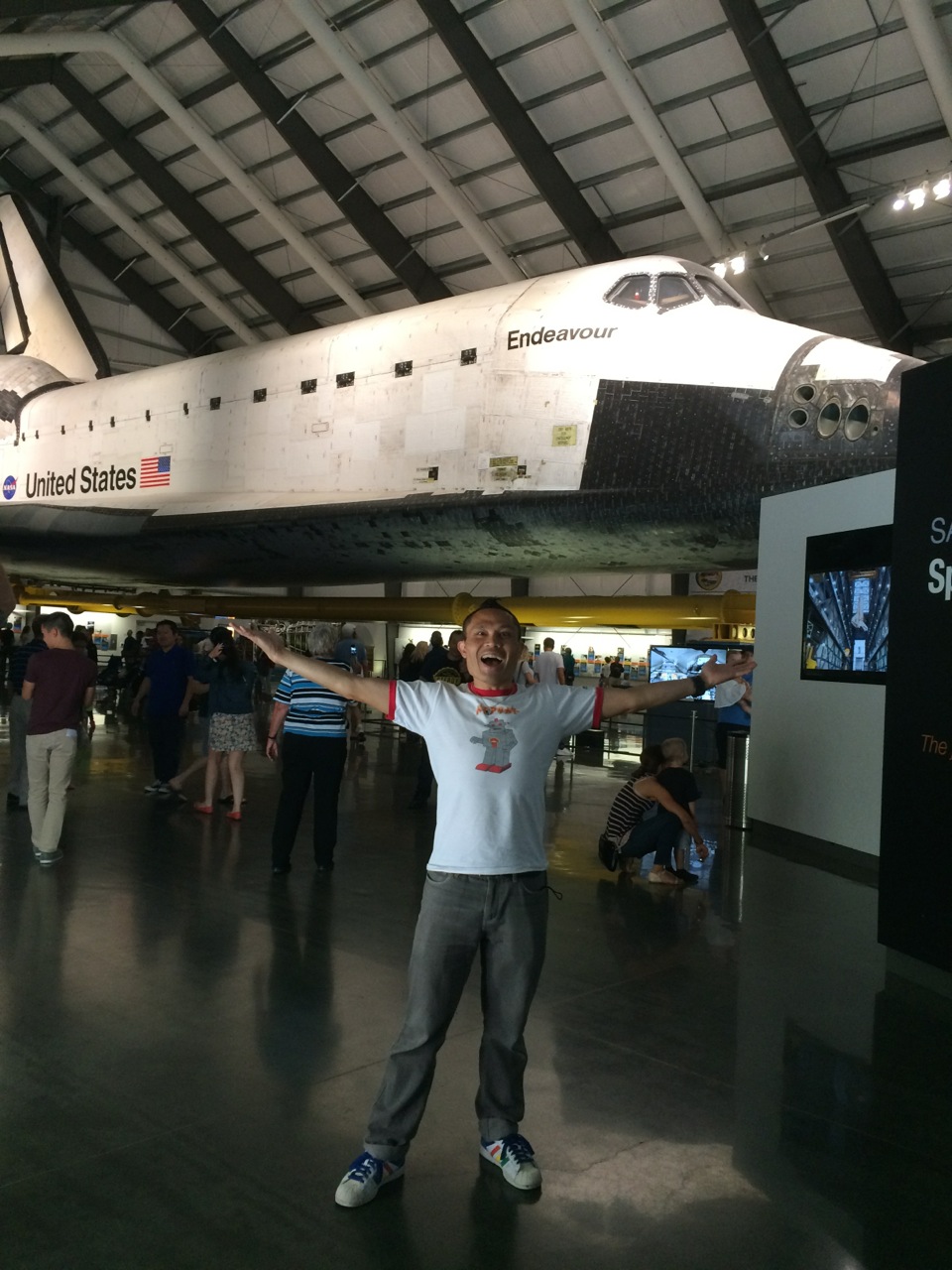 I recently had the pleasure of visiting the space shuttle Endeavour  (OV-105), now housed at the California Science Center in Los Angeles. As a big space nerd, getting to be in the presence of one of the space shuttles was an enormous thrill!

Five years ago, I had traveled to Florida, hoping to catch the last shuttle launch. Sadly the mission was scrubbed that day. But I got a great consolation prize with a visit to the really awesome Kennedy Space Center! Read more about that trip here.

So seeing an actual space shuttle up close has been a long time in coming.

The California Science Center, as the home of Endeavour, does a great job in putting the shuttle in the context of space flight. A gallery on the way to the shuttle details the history of the space shuttle program, which began officially with the first flight in 1981, to its final mission on July 8, 2011. You can see lots of the cool tech that goes into launching and supporting a shuttle. Probably the most popular exhibit is the “space potty” for obvious reasons. 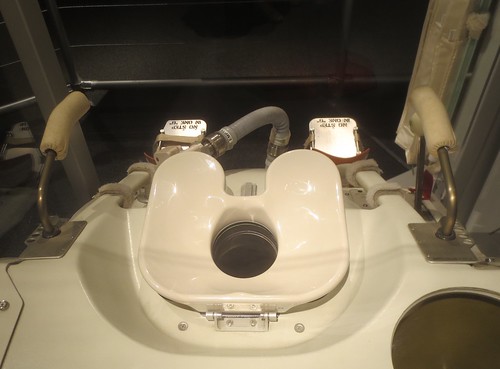 There’s also a simulated “mission control” room just like you see in the movies and one of those “Star Tours” type rides that all the kiddies were lined up for in the gallery. Sadly they did not have a space shuttle cafe where you could try out the food that astronauts get to eat in space.

After exiting the gallery, you are ushered into a temporary hangar next to the science center, where the shuttle lives (for now.)

The Endeavour does not disappoint. 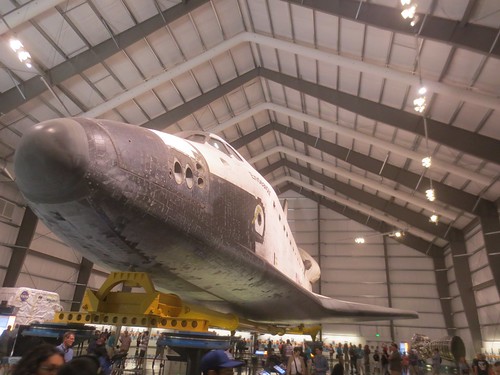 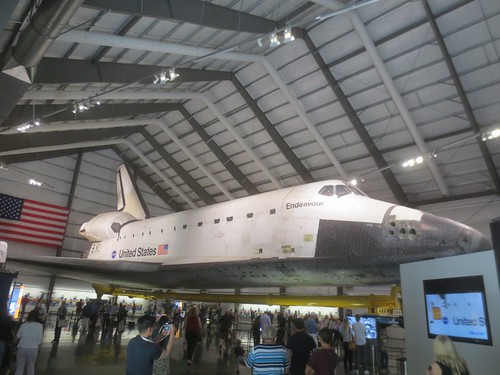 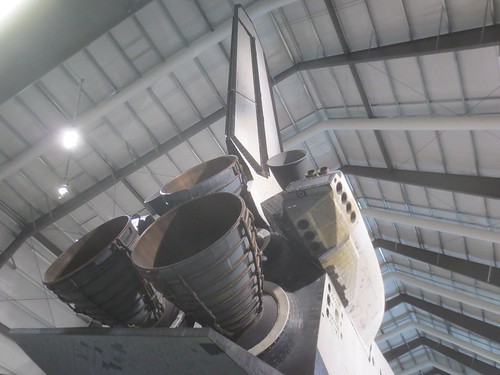 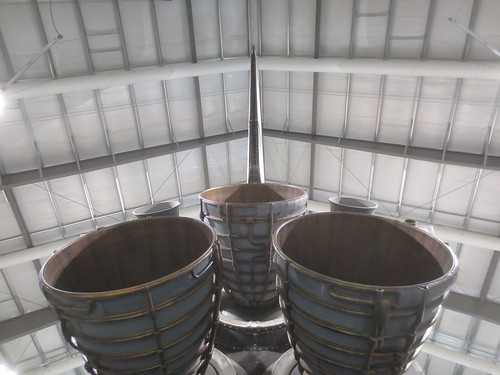 Getting to walk around and under this enormous spacecraft is just awe inspiring. These pictures really don’t do it justice. You can see up close how battered and scarred Endeavour is from its 25 missions. This ship has seen some things.

Displays under the suspended shuttle give more details about it, while all of the shuttles’ missions are displayed on signs around the room. I love this one for mission STS-47, which happened in September 1992, notable for including the first African-American woman in space. 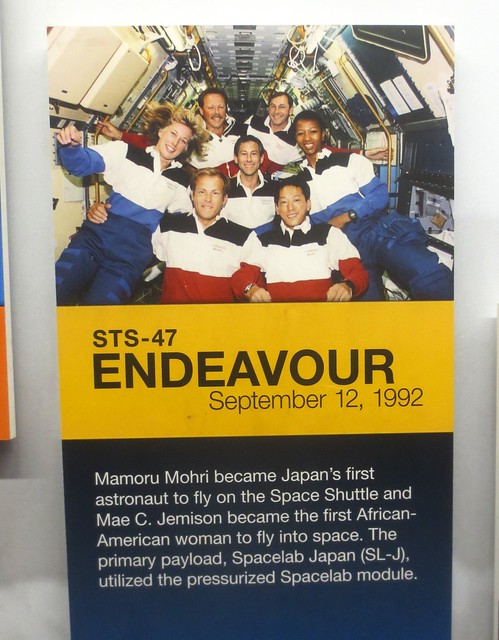 Doesn’t it look like a Colors of Benetton ad?

A couple of the mission signs are greyed out, a solemn reminder that space travel is inherently dangerous and unpredictable. 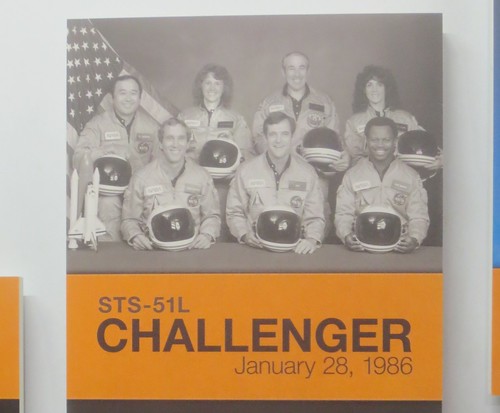 There are a couple of models and tech around the shuttle. But really nothing beats the real thing.

I do wish they had some schematic, model or VR set up where you could see what it looks like from within the shuttle. It was not clear to me how much actual space there is for the crew, although it must be really modest in comparison to the rest of the ship. Can’t wait for someone to build a replica that you can actually walk / float around. Get on that, Kennedy Space Center!

Of course there’s a gift shop on the way out. I managed to escape with just a plushy space shuttle to bring back to my museum. 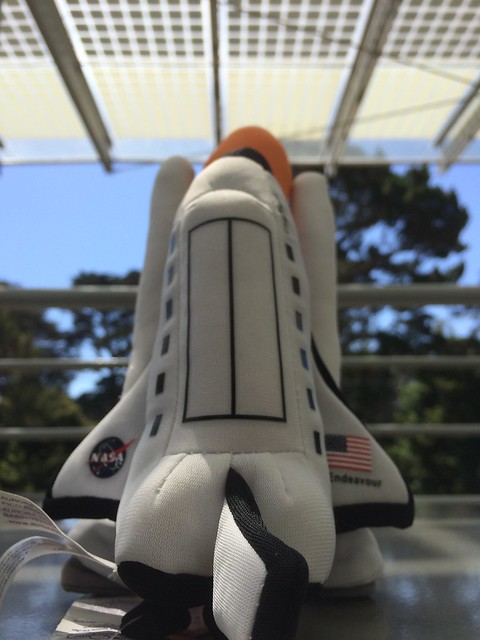 The shuttle Endeavour and the California Science Center are definitely worth a visit if you are in LA. I really enjoyed the rest of the center, with lots of cool galleries on ecosystems, technology and more.

The Space Shuttle Endeavour is on display at the California Science Center in downtown Los Angeles. Admission is free, but you can purchase $2 timed tickets for weekends and other busy times if you wish.