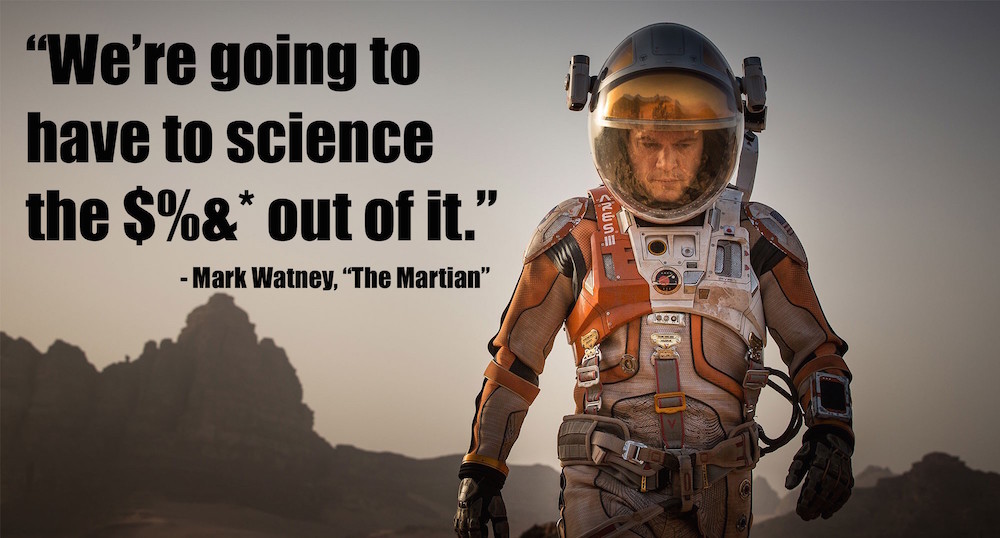 I gotta admit, I'm all aflutter about "The Martian" film opening on Friday. Like other space nerds, I loved Andy Weir's self-published novel, devouring it over a weekend. And the screen adaptation looks like it's mostly faithful to the material,  bringing  cinematic scope to what is essentially a series of life-and-death tests that can only be solved by science and ingenuity.

A lot of the science of the film appears to be accurate, according to a few sources:

And more importantly, the film appears to have preserved the somewhat cheeky tone of the novel, an important counterbalance to the heavy technical details of surviving on a harsh, alien world alone.