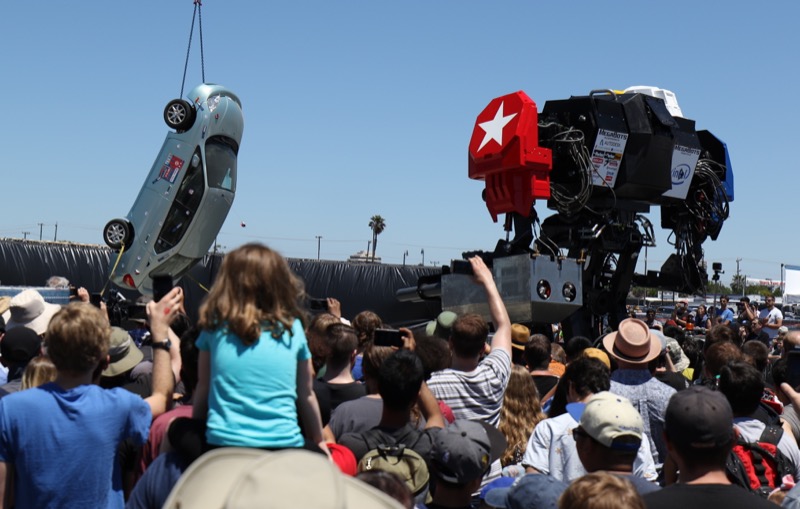 On Saturday, I, along with hundreds of others, watched a giant robot punch a car for the first time. Okay, it was kind of a nudge, more than a punch. But small steps! 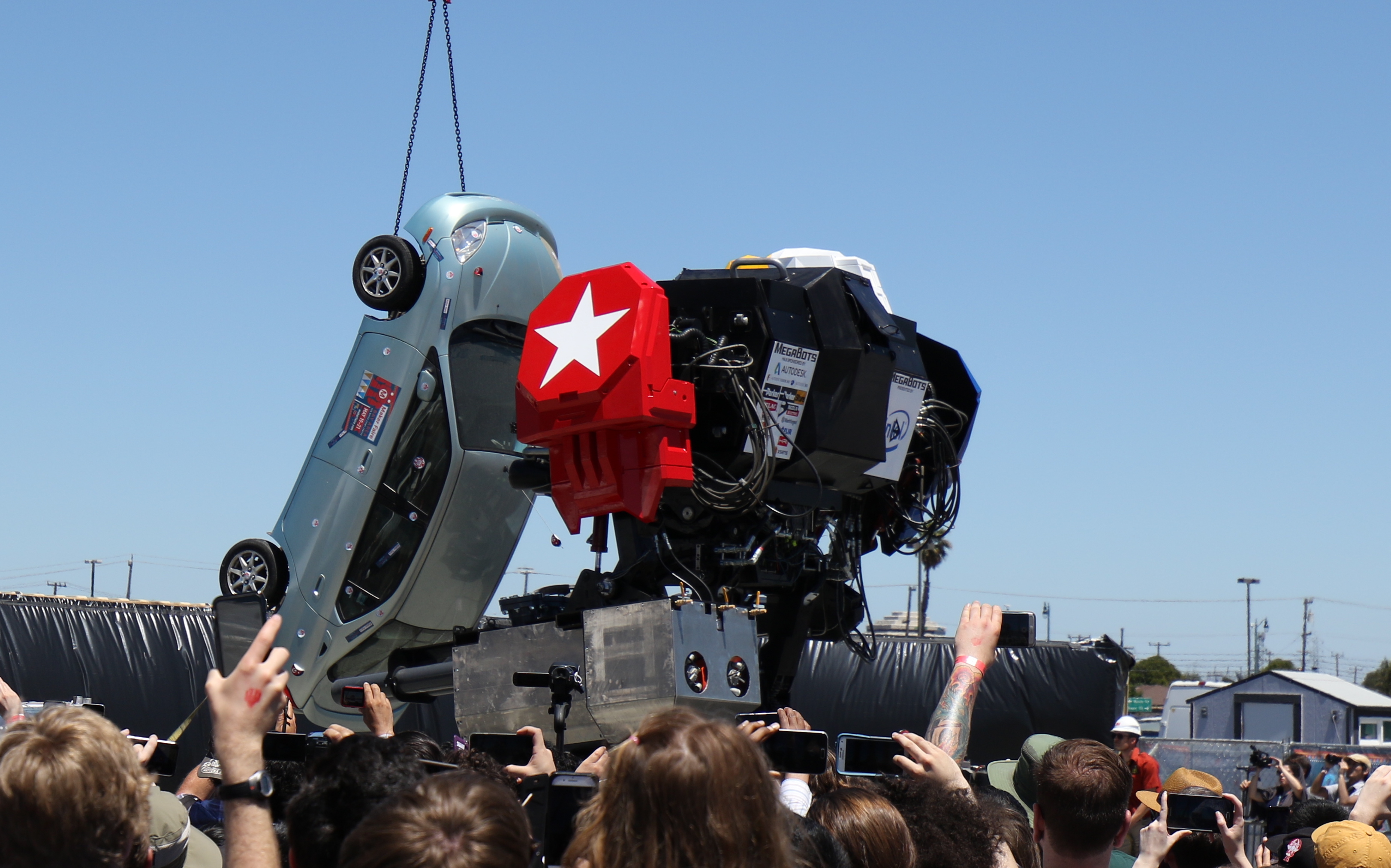 The robot is named the MK.II, and he's getting ready to fight it out against a similar giant robot from Japan. The result of a massive Kickstarter (of course), the MK.II is just the kind weird, semi-useless, but totally cool tech that I come to Maker Faire every year to see.