A couple of months ago, as a going away surprise for a colleague, I created "Analog Spaceteam," a non-digital version of the wonderful mobile game of the same name. It was fun trying to come up with ways to capture the spirit and energy of the digital game, but adding the fun of having physical interfaces and movement. I'm pretty proud of what I, with help from several colleagues, created.

Now it looks like another group of folks have created another analog version of "Spaceteam," and have launched a very successful Kickstarter fundraiser to bring it to market.  Their version is markedly different from mine. First off, it's a card-based game. Secondly, they have changed some of the basic mechanics of the game to be about fixing problems on the spaceship, rather than simply executing commands. This video gives an idea of what game play is like.

That might be fun, I'm not sure. Passing tool cards around the fix problems while you are shouting at each other could be entertaining. Hard to say.

That said, my version retains some of the satisfaction of pushing buttons, turning dials, and sliding levers. And it harkens back more closely to the "Star Trek" aesthetic of being on the bridge of the Enterprise, which is a large part of what I enjoy about the original "Spaceteam." Oh, and there's audience participation during the meteor showers! 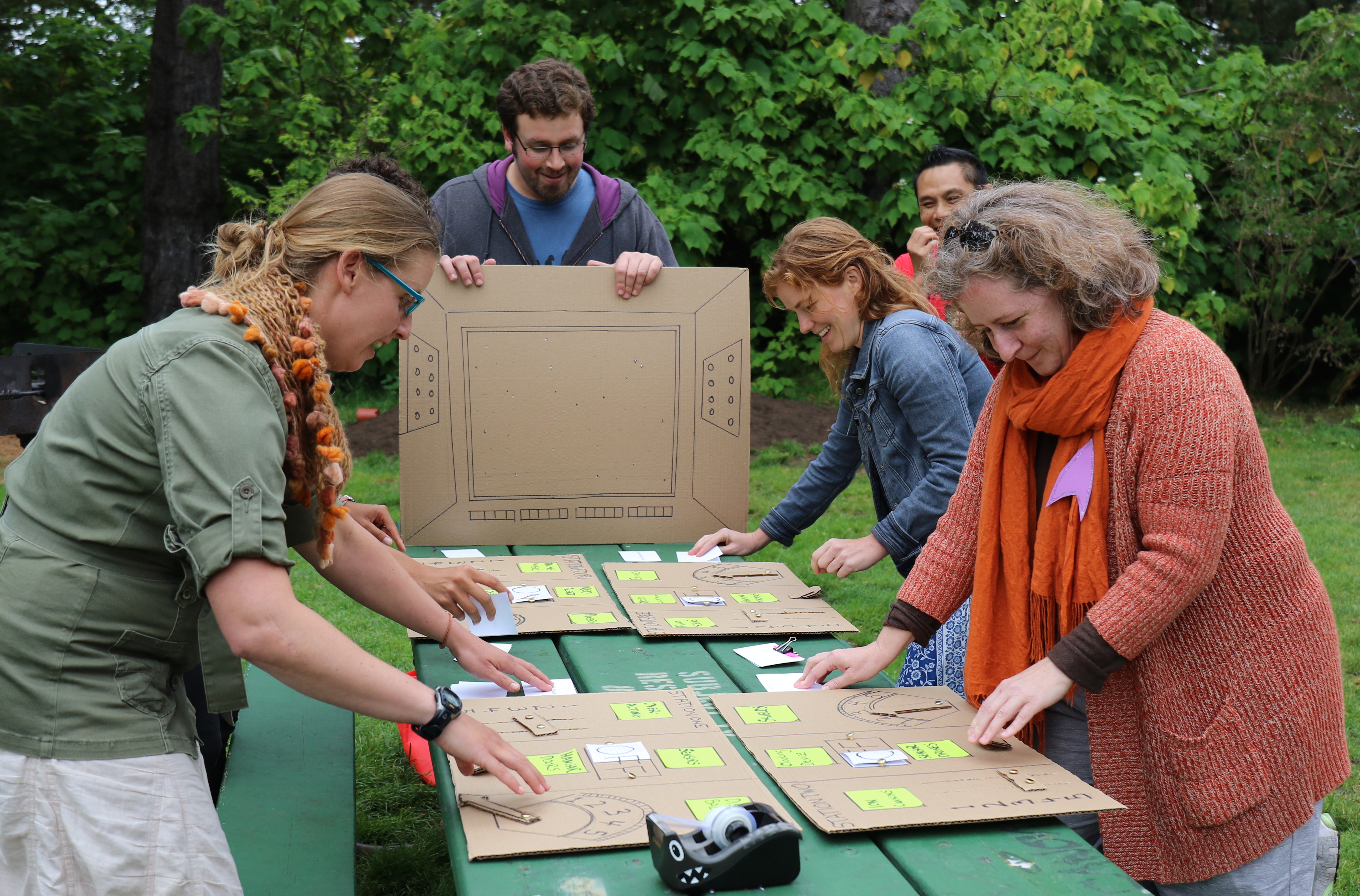 Still, far be it from me to yuck someone else's yum. I'd be happy to play "Spaceteam" the card game, if a deck appeared at a party I was at. Head to their Kickstarter page if you would like to get your own deck and try it out!