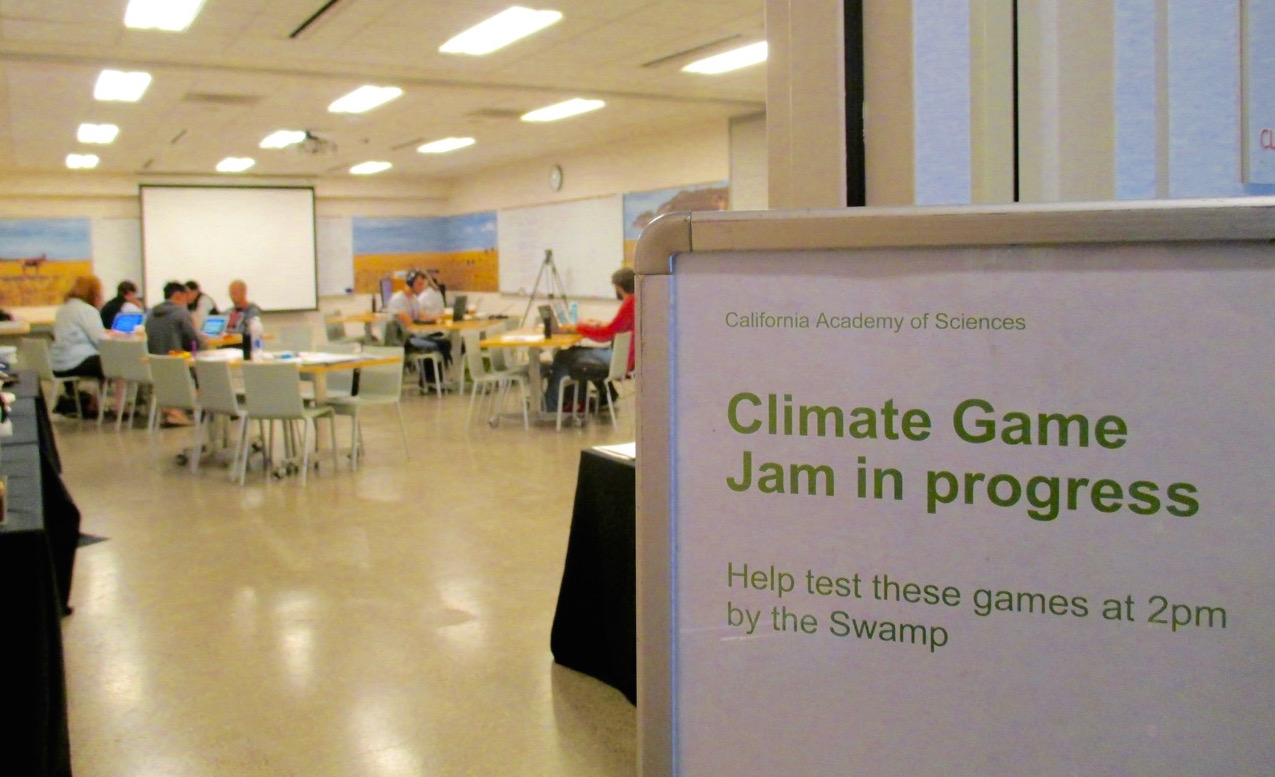 This weekend was the first national Climate Game Jam, happening at sites all around the country. For us, it was a super fun and inspiring two days of game hacking, science exploration, and team building, all to educate young people about climate change, and what they can do about it.

The Climate Game Jam was inspired by an appeal from the White House Office of Science and Technology Policy last year for projects that educate young people and the public about climate science. The National Oceanic and Atmospheric Administration (NOAA) spearheaded a loose partnership of organizations, including the Smithsonian, the POLAR Partnership, and the California Academy of Sciences, to organize game jams around the country on climate change.

My museum had the privilege of producing the online event on Friday afternoon that kicked off the game jams around the country. You can see the archive of the launch event below, featuring speakers from the White House Office of Science and Technology Policy, NOAA, and the California Academy of Sciences, plus the keynote speaker, civic games guru Ken Eklund. I'm honestly most pleased that two of our youth, Darrah and Madeleine, got to participate in the launch event!

Meanwhile, we were hosting our own game jam locally in our museum. We decided to put out an appeal to the local Bay Area digital games community, which of course is huge. We got a great response from game developers, both from some of the biggest companies like EA, Unity and Google, and scrappy indie outfits like Glasslab, Funomena, Lively Ivy, and Bushi-Go. We even had a composer from a local philharmonic share his musical abilities with a game team!

Five teams of game designers working from 9am on Friday to 9pm on Saturday (with a long break in between to go home and crash.) During that time, we had a host of resources available to them to help them create great science games, including five researchers from a range of disciplines, two game design experts, and several science educators. Plus they had our world-class museum to inspire them, from our five-story rainforest to our aquarium and planetarium. 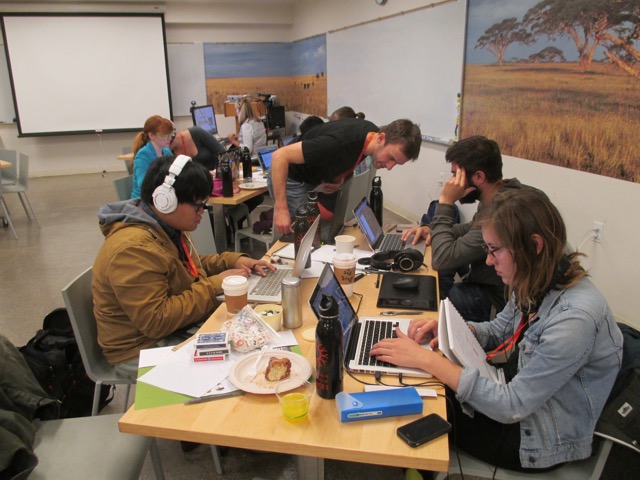 We also had some of the Academy's young people test out their games and provide their honest feedback to the developers. Our teens really enjoyed seeing how digital games are made from professionals in the field. 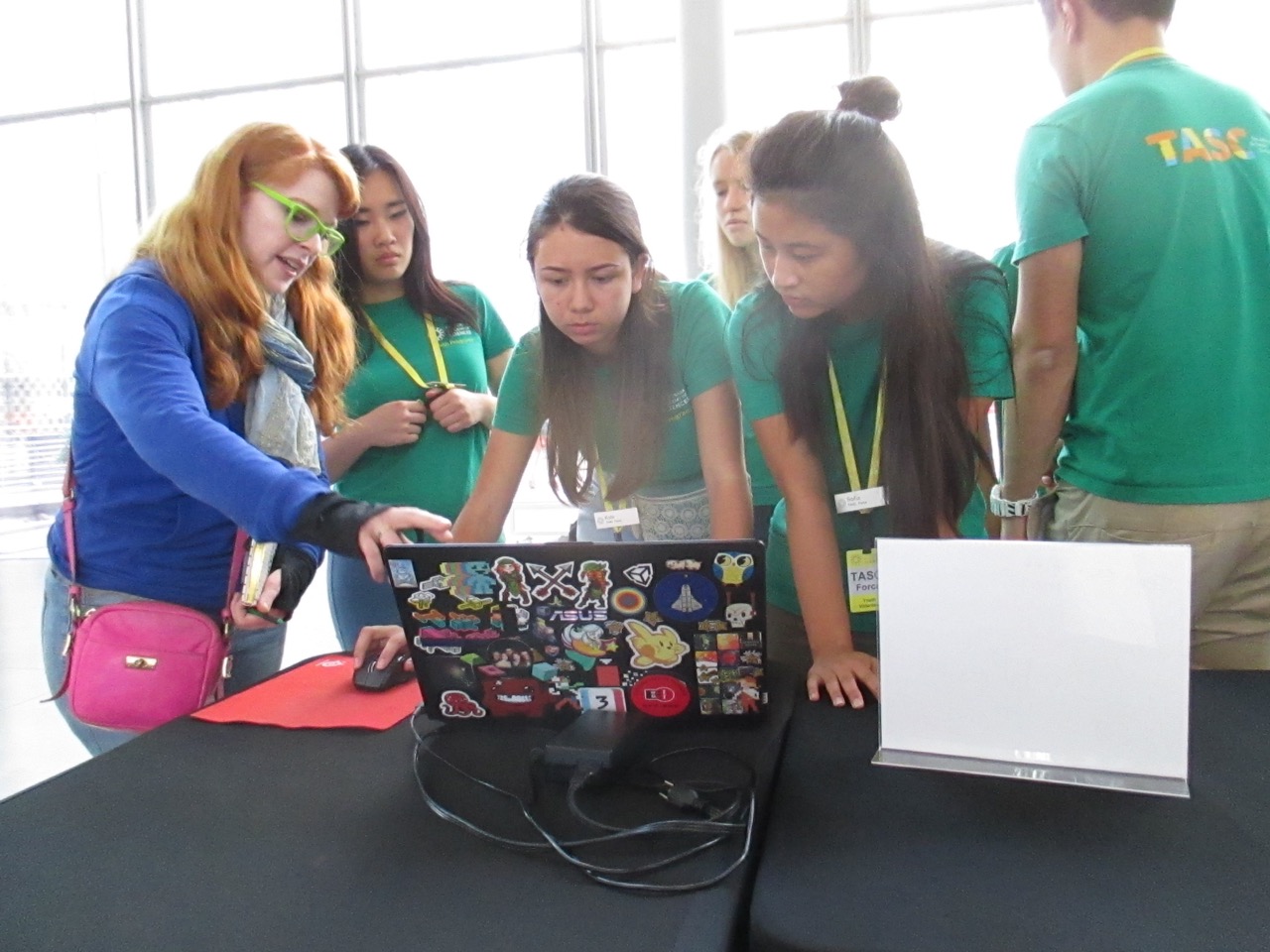 And then at 8pm on Saturday night, we called "time" and had them share out their game prototypes. They covered a range of science topics and game types, focusing on everything from energy choices and pollution to invasive owl species to coral farming in the Philippines. It was super inspiring seeing what game developer professionals can produce in a short amount of time, with just a little guidance and support.

What a cool experience getting to bring together these awesome talents to create cool games on such an important topic. Our goal is to review the game prototypes and get some of them out to the wider world to play in the near future! Stay tuned. 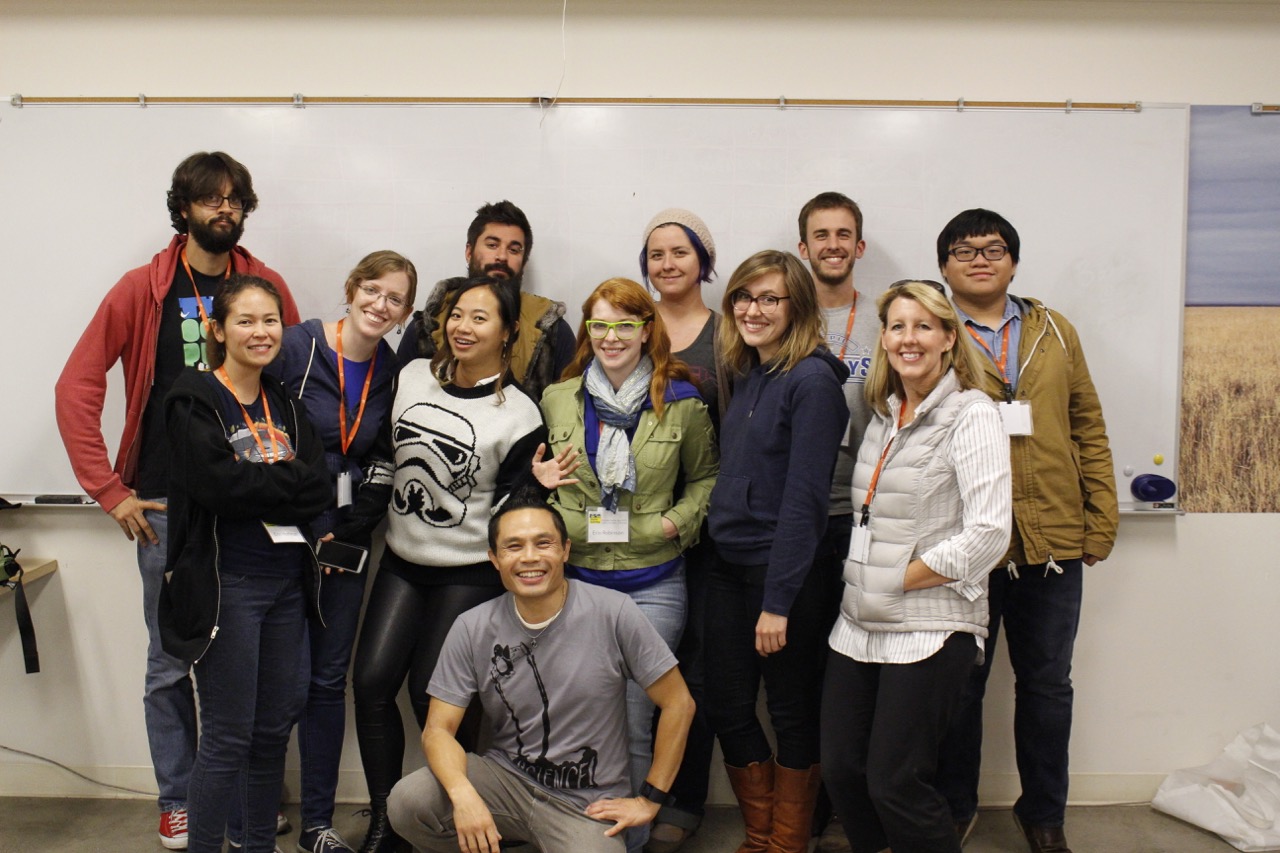