The 2015 Digital Media and Learning Conference I feared was going to be the last. With the announcement by the MacArthur Foundation in August 2015 that they were ending funding of the field of digital learning, including the DML conference, it seemed like the writing was on the wall. DML Los Angeles felt to me like an anti-climactic ending to nearly 10 years of experimentation, exploration and expansion of digital learning.

There was also pervasive sadness at the conference surrounding the sudden passing of Brother Mike, a beloved educator and artist from Chicago. 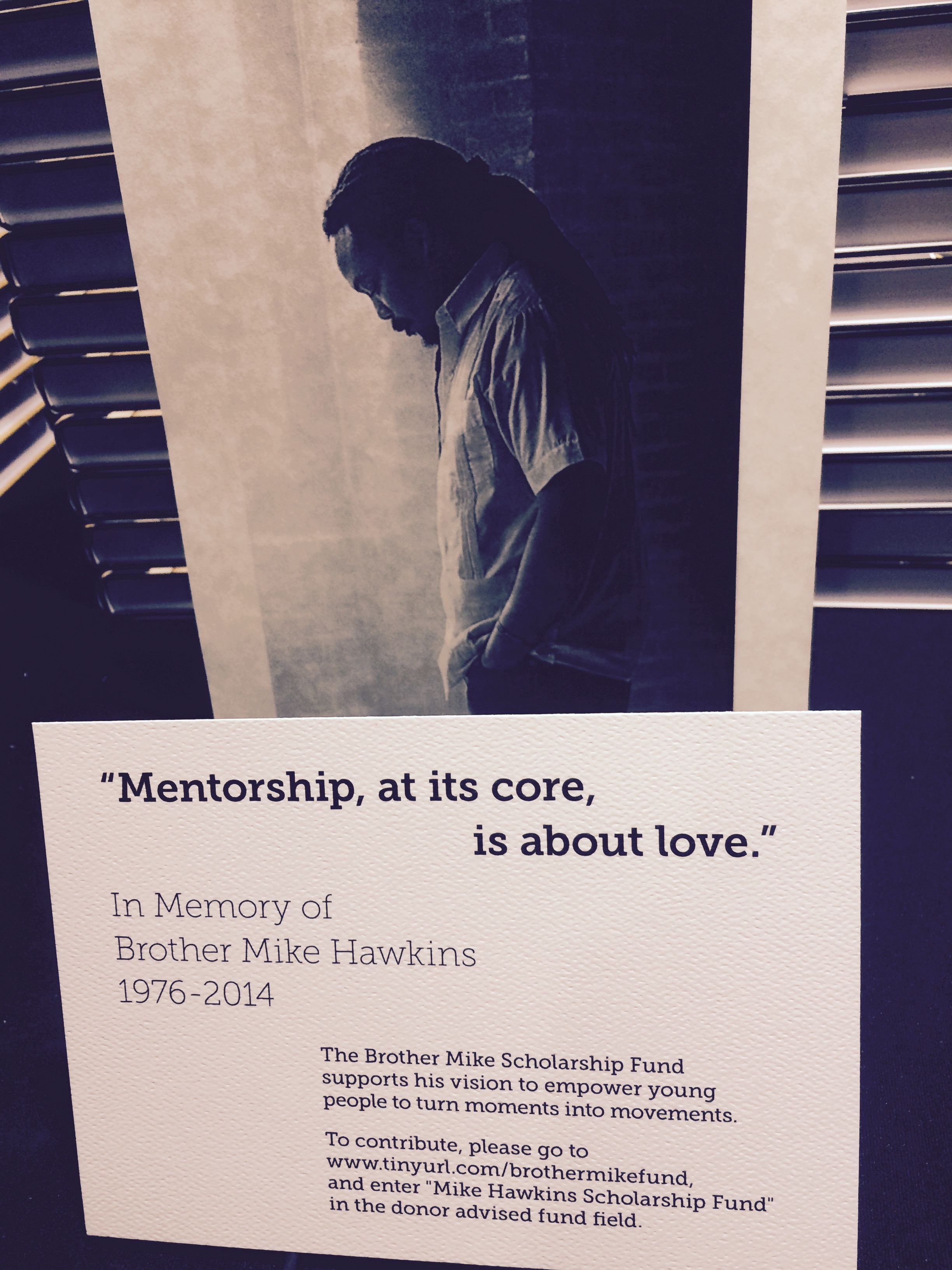 Here was my last tweet from the conference last year.

To all my DML peeps, safe travels home, and hope to see you virtually or physically again soon! (Will there be a DML 2016?) #dml2015

So I was a surprised and relieved to hear that UC Irvine was going to be hosting DML 2016 from October 5-7. I was fortunate enough to have two of my presentation proposals accepted, which helped paved the way for me attending this year.

There's a lot that came out of DML 2016 that give me more hope about the future of the field of digital learning.

It seems like UC Irvine will be a hub for work on digital learning and connected learning into the future. They announced at the opening session that UC Irvine will be opening a new Center for Connected Learning that will be dedicated to innovative theory and rigorous research emphasizing equity, access and diversity. Having an institutional center to connect and facilitate work in this field is key for its continuance. An academic institution is a natural and smart choice, albeit making the emphasis be more focused on research and scholarship perhaps rather than practice and implementation.

In addition, they announced that Richard Arum was coming aboard at UC Irvine as the new dean of education. Richard is a longtime member of the DML community, and head of the connected youth research initiative.

The games and learning community will be more closely tied to the DML community with the transfer of Constance Steinkuehler and Kurt Squire from UW Madison to UC Irvine in the department of informatics. Constance and Kurt are central figures in the games and education field, hosting the excellent Games Learning and Society Conference every year in Madison.

DML has already had a strong emphasis on games-based learning, serious games, educational games, and youth-driven game design. So having GLS merge with DML I think is a smart and logical move, and one that might add renewed vitality to both movements.

There were several great sessions at this year's DML, but the best by far was the keynote conversation between Jose Antonio Vargas and Dr Henry Jenkins. Jose is a Filipino, queer, undocumented journalist and activist who has just started a new media project called Emerging Us.  Henry Jenkins is a digital media scholar who has done ground-breaking research into fan and remix youth cultures. Together they had a remarkable conversation about this moment in time when more diverse voices are needed in the media, including undocumented people, LGBTQ folks and people of color.

Meanwhile, at the same time, a Black Lives Matter protest (unrelated to our event) was going on. Somehow this felt right.

My two presentations went well I think. I gave a short talk on "How to Organize A Serious Game Jam in 87 Easy-to-follow Steps." I actually did write down 87 steps, which I posted to this blog. During my 6 minute talk I focused on just seven of my favorite, including why pizza is the perfect jam food. You can see my entire deck here.

I had the pleasure of again presenting with my friends Barry Joseph of the American Museum of Natural History and Eve Gaus of the Field Museum of Chicago. The three of us spoke on "The Digitallearningification of Informal Learning Institutions: Lessons for Three Science Museums." It was a fun presentation where each of us got to share what we have learned in the past five years of leading digital learning at our respective institutions. Such a fun session. 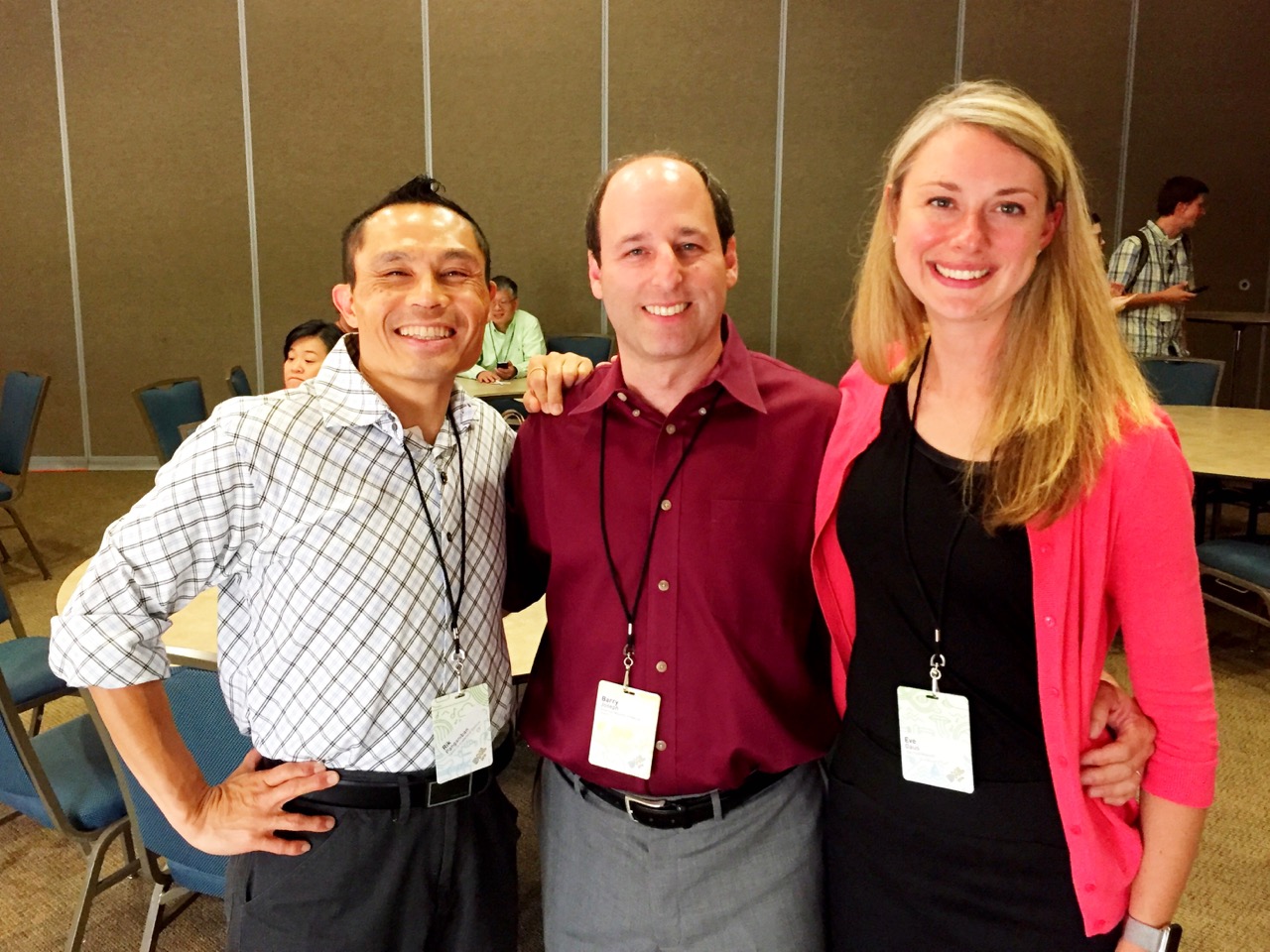 That said, there were a few aspects of DML 2016 that gave me pause.

It was one of the smallest DML's in recent memory, with maybe 200-250 participants total. Several organizations that were mainstays of DML in the past did not seem to be in attendance. And many of the participants were newcomers to the conference. [UPDATE 8/11: The conference organizers info me that there 471 attendees at DML 2016. That seems high, but I am no expert on head counting.]

Particularly absent was Connie Yowell, formerly of the MacArthur Foundation and the primary instigator and leader in the DML movement for all of its history. She is now head of the new connected learning / badging initiative LRNG, which was also absent from the conference. Connie's name only came up once during the entire conference, at least during the sessions I attended.

If DML continues to occur at UC Irvine, I could see this as being challenging for groups in other parts of the country to participate in. It's no big deal for me to board a one hour flight and head straight to the conference from San Francisco. But for anyone in the East Coast or Midwest, DML requires nearly two extra days of transition and travel.

But beyond those quibbles, this was a much more positive and energetic DML than I had expected, and one that makes me optimistic and excited about the future of digital learning in the US.

See more videos and background on DML 2016 at the official website.