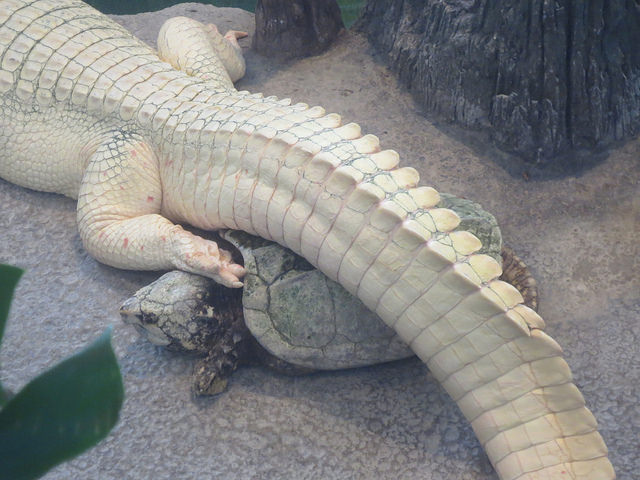 Yesterday, in the California Academy of Sciences there was a buzz of excitement about a very rare occurrence in our swamp tank: one of our five alligator snapping turtles had managed to get onto the heated rock in the middle of the swamp!

A turtle on a rock, big deal, you might say. Well, if you have been to the Cal Academy, you know that the heated rock is really owned and occupied by just one animal, Claude the albino alligator, our unofficial mascot. Over the three and a half years that I’ve been here, I’ve seen only once seen one of the turtles attempt to get onto the rock, but never succeed. Apparently yesterday afternoon, one of them finally figured it out.

And Claude was apparently not happy with that. Because he soon afterwards got onto his rock and sat on the turtle! 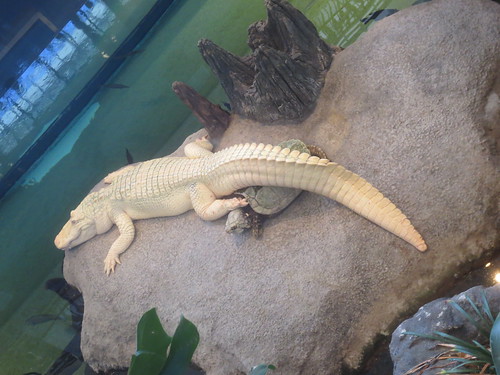 Word quickly spread throughout the museum, and visitors and employees crowded around the swamp tank to see what would happen. Even our executive director, Jon Foley, got in on the action. 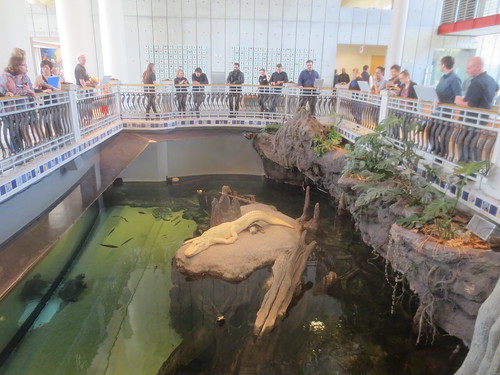 It was high drama, as we all tried to guess what would happen. We took sides on whether Claude was going to kick out this interloper to his domain, or if the turtle would dominate. I was #teamturtle all the way!

Here’s a video of the hapless turtle trying to escape from under Claude’s butt.

Eventually, Claude shifted around and the turtle managed to squirm away. They sat together on the same rock for a bit, in an uneasy truce. 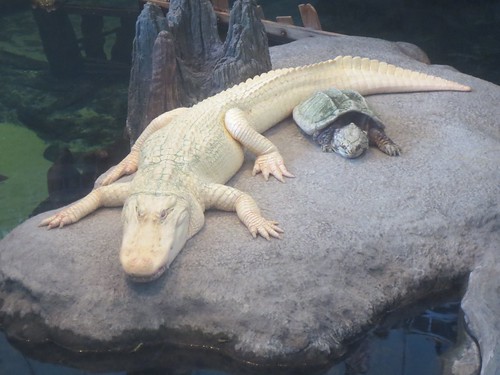 And eventually the turtle got back in the water, and Claude was again the master of his domain.

The question now is, since one turtle has managed to get onto the rock, will she try again? And will the other turtles learn from her example? Stay tuned! Or better yet, come visit!

I’m seriously super excited about this.