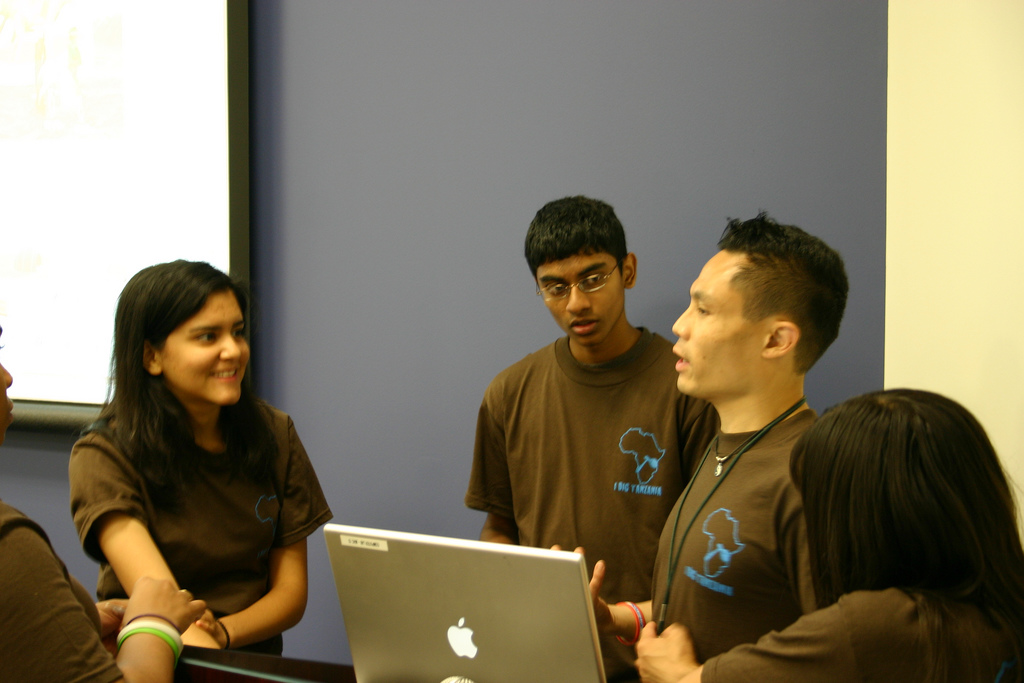 A couple of weeks ago, we got the official word on the phasing out of the MacArthur Foundation's support for Digital Media and Learning. While this was not terribly surprising for those of us who have been in the field and paying attention, it still is a major shift in our community. Barry Joseph on the DMLCentral blog reflects on what ten years of support for this field has meant to him. I thought this was a good time for me to share my own feelings about this.

What does a decade of MacArthur Foundation support for the Digital Media and Learning field mean to me?

On October 19, 2006, I snuck out of my boring day job and headed over to the American Museum of Natural History to attend the formal announcement of the MacArthur Foundation's five year, $50 million investment in what they called "Digital Media and Learning."  The speakers talked about "youth-centered" learning, connecting learning to youth culture and gaming, and closing the "Participation Divide." Despite not having any real background in youth development or digital learning, I knew in my bones that this was something that I wanted to be a part of.

I started nosing around the virtual world, tech startup, and digital learning communities in New York City, and soon encountered Rafi Santo and Barry Joseph, a couple of cool guys working at an outfit called Global Kids. I knew I wasn't going to last long at my office gig, and had started spending more and more time in the virtual world of Second Life. I was even briefly hired to work for a virtual world development agency that produced gaming and machinima experiences for big corporate clients.

And then in January 2008, Barry Joseph at Global Kids contacted me with an offer I couldn't refuse: come aboard as a Second Life producer at the educational nonprofit Global Kids. That threw me straight into the heart of the Digital Media and Learning community that MacArthur had kickstarted a couple of years prior, just like I had dreamed of.

Being a part of the DML field has been a pivotal experience for me as an educator, and a human being in general. Everything that I understand about youth development, informal education, and youth civic engagement has come from my work in the trenches creating youth programs that incorporate the DML principles. I've worked with youth in juvenile detention facilities in three states, getting them to create digital media that tells their story to others outside of the jails' walls. I've organized virtual field expeditions that transported city teens to Africa and Latin America to experience far-off cultures and pre-historic eras of our planet. I brought former child soldiers from Sudan into a tween virtual world to talk about their journey from soldiers to peace activists. It's been a wild, wonderful ride.

Being a part of the DML community meant that I had awesome colleagues and allies from around the globe, including at the International Criminal Court in The Hague, the Field Museum of Chicago, the Bay Area Video Coalition in San Francisco, and the National Writing Project in Philadelphia, to name a few. As I transitioned out of my work for Global Kids, that was instrumental in me finding my new position as head of Digital Learning at the California Academy of Sciences.

Powerful and inspiring individuals within the DML community have also been pivotal to my trajectory as an educator, particularly Barry Joseph's always "edgy" perspective on digital learning work, Mimi Ito's ground breaking research on youth engagement with digital media, and Connie Yowell's always clear-sighted and cogent leadership of the DML community.

So all of this to say that I owe so much to the incredible investment and commitment of the MacArthur Foundation to the field of Digital Media and Learning. As we transition (again) to new models of support and sustainability for DML, I look forward to more exciting challenges, discovering new ways to engage and inspire youth, and new ways that I can grow as an educator and a human.