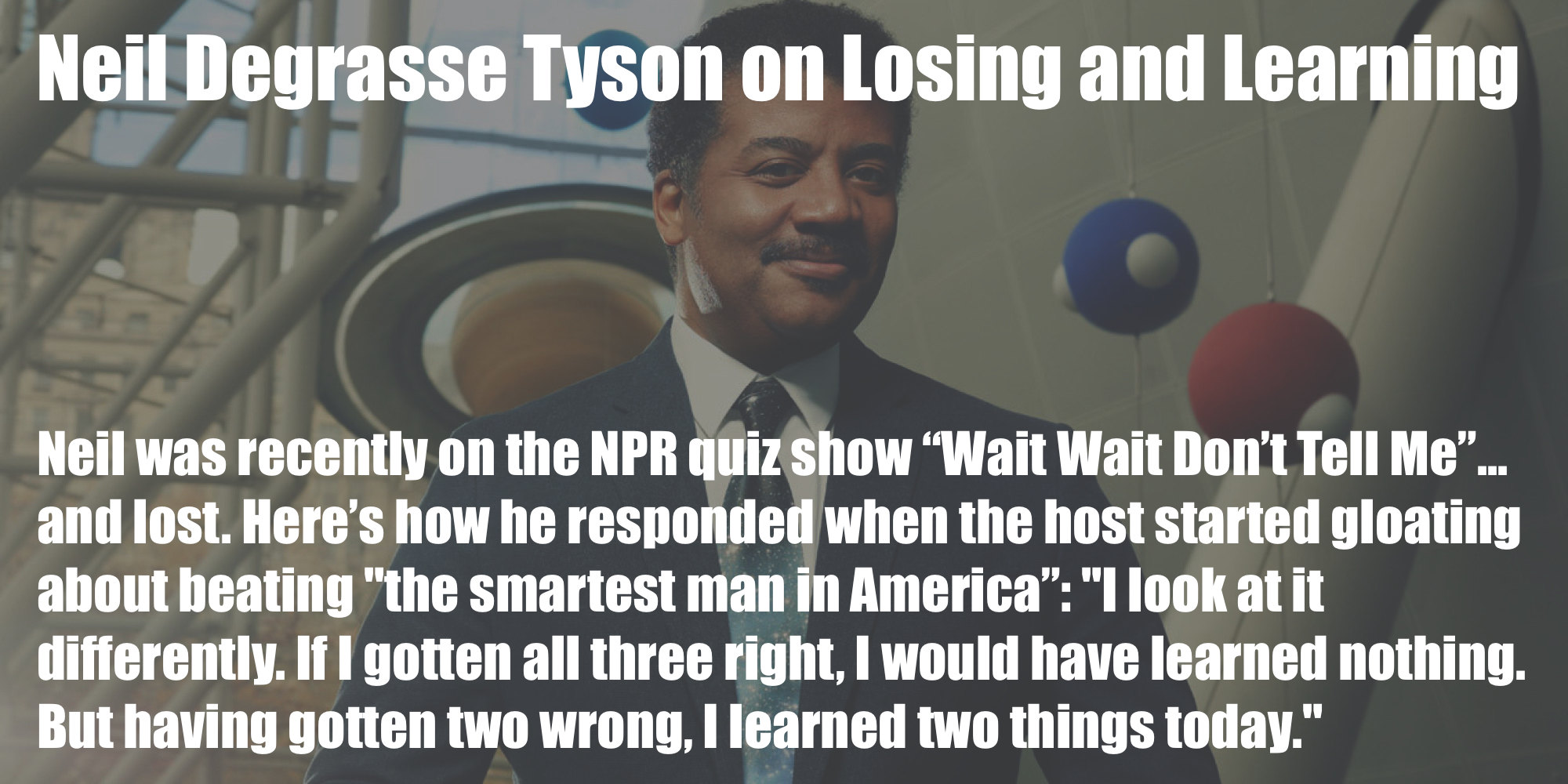 Neil Degrasse Tyson is one of America's best known and most loved scientists, for very good reasons. I'm always blown away at what a great science communicator he is.

Here's Degrasse Typson just killing his appearance on the popular NPR quiz show "Wait Wait Don't Tell Me". Listen to it, and then scroll down for the best part, in my book.

So many hilarious and quotable parts of this segment. But the best part is right at the end, when Neil is told that he lost the quiz.

SAGAL: I have to say, this is a strange moment because, as listeners know, I usually like people to win and I often give hints, but I was so pleased by the idea of fooling you that – Neil DeGrasse Tyson – so, like, by doing this, I therefore, by the rule of succession, become the smartest person in the world.

SAGAL: I have slain the dragon – you know, it's like…

TYSON: So I look – I look at it differently. I look at had I gotten all three right…

TYSON: …I would've learned nothing. But having gotten two wrong, I learned two things today.

I'm going to be using that very soon when talking to my teens about the value of failing.