This week, I had to quickly come up with a more interactive way to teach our TechTeens about genetic engineering, since they had chosen a topic for their next blog post on creating genetically modified pets. I don't have a background in microbiology or genetics, so was a little stumped. In a pinch, I threw together an interactive presentation using toys, office supplies and candy I had available to me. I think it turned out pretty well!

Here's my demonstration of how a virus infects a living cell. 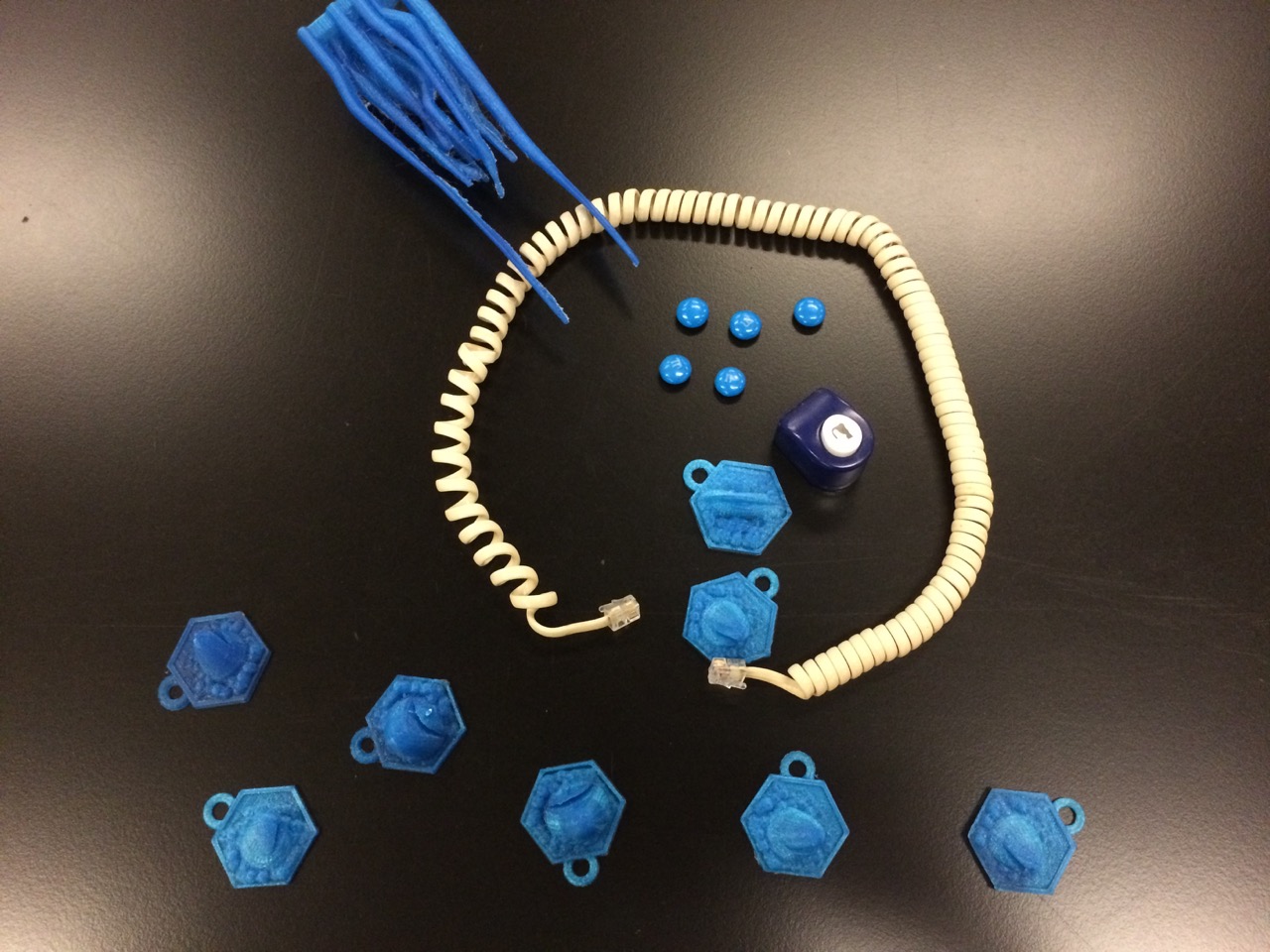 Basically, during attachment and penetration, the virus (blue guy at the top) attaches itself to a host cell and injects its genetic material into it. During uncoating, replication, and assembly, the viral DNA or RNA (blue M&Ms) incorporates itself into the host cell's genetic material and induces it to replicate the viral genome (the smaller blue guys escaping out the bottom).

I created this model to demonstrate the CRISPR natural defensive technique employed by some bacteria.

CRISPRs are regions in the bacterial genome that help defend against invading viruses (blue thingee at the top). These regions are composed of short DNA repeats  and spacers (line of M&Ms). When a previously unseen virus infects a bacterium, a new spacer derived from the virus is incorporated amongst existing spacers (blue M&M). The CRISPR sequence is transcribed and processed to generate short CRISPR RNA molecules. The CRISPR RNA associates with and guides bacterial molecular machinery (action figure) to a matching target sequence in the invading virus. The molecular machinery cuts up and destroys the invading viral genome.

Finally, I put together this model of how scientists have used the CRISPR technique to do precise genetic engineering of living cells, including plant, animal, and even human cells. 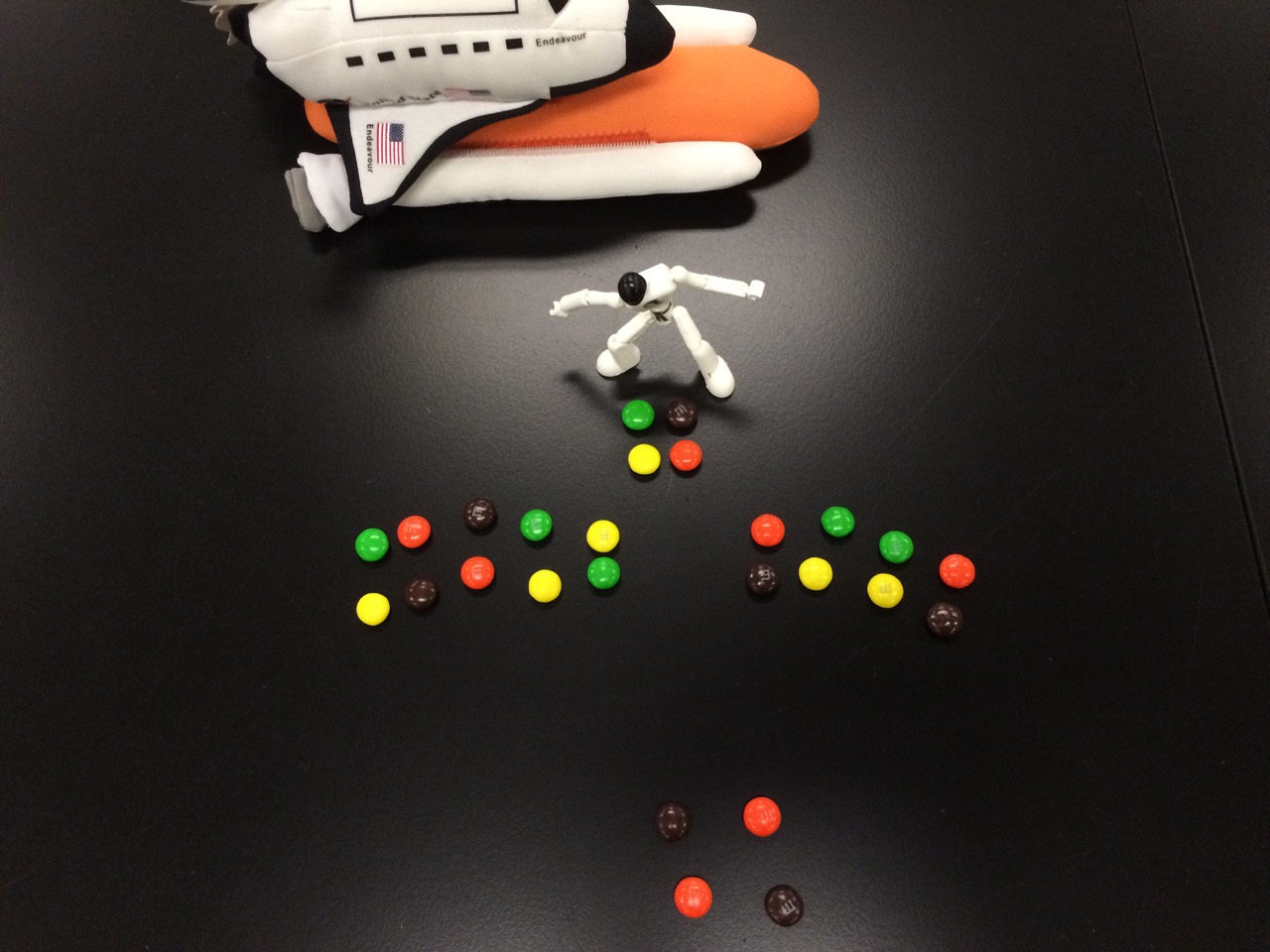 CRISPR uses an endonuclease or DNA-snipping enzyme called CAS9 (Space Shuttle), which is guided by two segments of sgRNA (action figure) to cut out segments of DNA in a genome (M&Ms at the bottom). To modify genes, a specific DNA sequence codes specific sgRNA plasmids, which will in turn guide CAS9 to cut out specific segments of DNA. A new segment can then be inserted into the hole (M&Ms near the action figure), changing the cell’s overall gene.