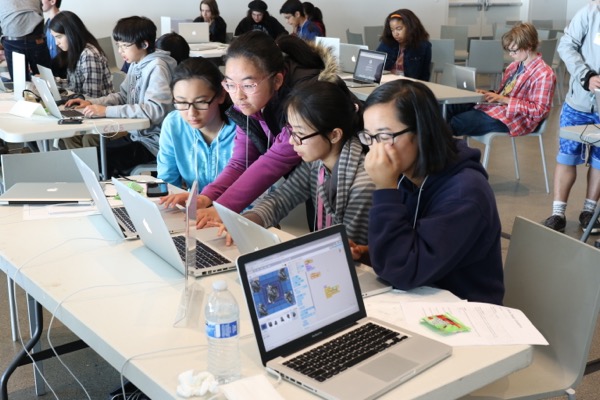 What would happen if you let 40 teens spend the weekend at your museum and challenged them to create digital games on complex sustainability topics? That's what we wanted to find out, so we organized the Science Game Jam last month.

Over the weekend of April 24-25 at the California Academy of Sciences, nine teams of teens from across the Bay Area (including San Francisco, Oakland, North Bay, and the peninsula) gathered to rapidly develop climate games on the topics of Bay Area food, water and energy for the 2nd annual Science Game Jam. We weren't going to let these teens go it alone though. The game jammers were ably assisted by our Digital Learning TechTeens, scientists from Solectria Solar, Stanford and the University of Washington, and games experts from EA, Glasslab and the Academy.

On Saturday, the teams met (some for the first time), chose their specific science topics, created paper prototypes, and started coding their games. The goal was for the teams to publicly demo their games in the Grand Hall of the Academy by the next day. They had a lot of work to do! We provided them with computers, art supplies, and experts, but otherwise they were left to their own devices. 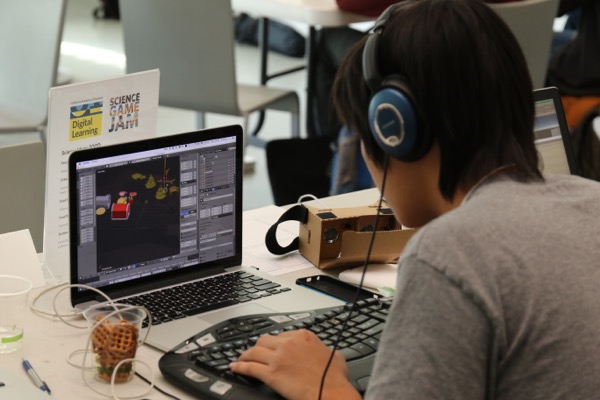 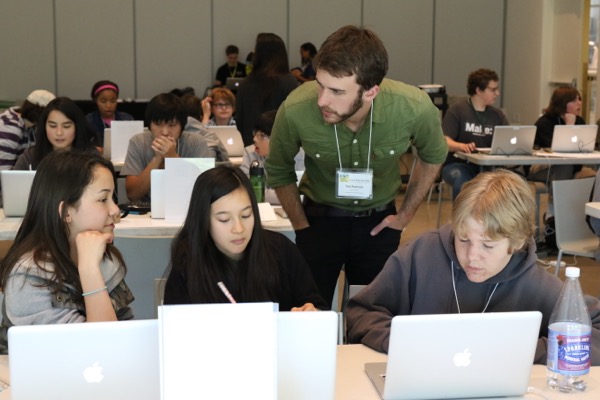 The teens had a lot of awesome ideas for games that they wanted to build: a 3d virtual reality experience, a multiplayer resource management game, a "Legends of Zelda" type adventure.  But by Saturday at the close of Day 1, despite a lot of work being put in, only a few of the teams had anything resembling a working game. That Sunday afternoon deadline loomed ominously. Some of the team members were near to tears as they left for the day.

The teams trudged the next morning to get back to work. The room was full of the quiet intensity of people all focused on getting the job done. 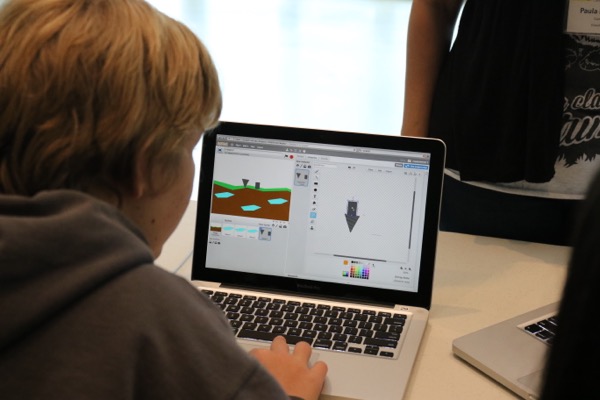 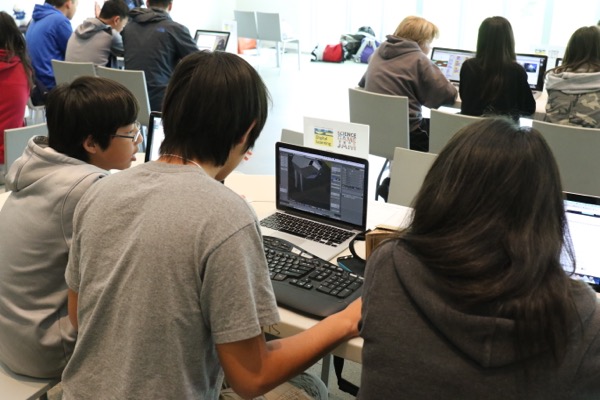 And, beyond expectations, by noon all of the nine teams had some sort of working demo of their game ready to go! The teams picked up their laptops and headed to the museum floor. Academy visitors young and old got to try out their nine game prototypes and give their feedback. 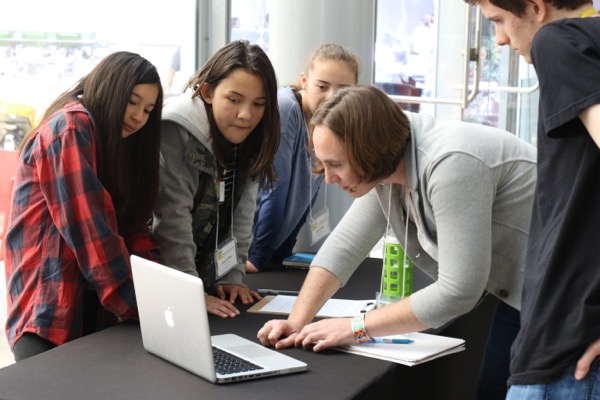 At 3pm on Sunday, the teams pitched their final projects to a panel of expert judges. Prizes were awarded for best game design, best science content and best overall. And all the youth received certificates of participation, and got to take the games they created home with them. There were many tired but happy faces at 4pm on Sunday when they departed the Academy.

This was one of my most rewarding experiences at the Academy, the culmination of four years of experimentation and piloting of different science game design experiences for teens. It was truly beautiful seeing it all come together — teams of teens working so hard and well together, our own Academy youth leaders supporting them, allies from the Academy and partner organizations acting as mentors, and all the support systems of the institution from guest experience to IT to operations all doing their parts perfectly. "That's scary how smoothly everything went," my colleague Jeff remarked at the close of the weekend.

I'm so thankful I work at an incredible institution with an awesome education team that has supported me making this vision a reality. 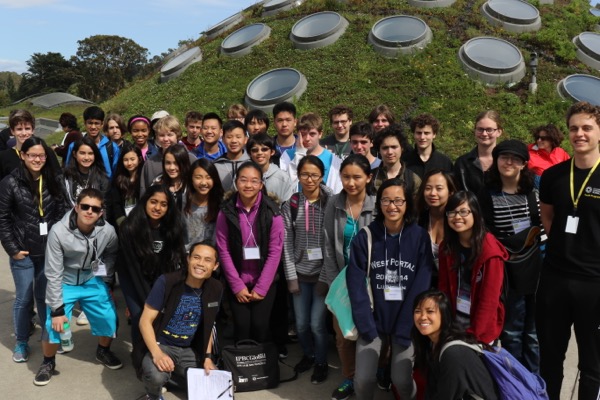 See the Academy website for a listing of all the games and the winners.