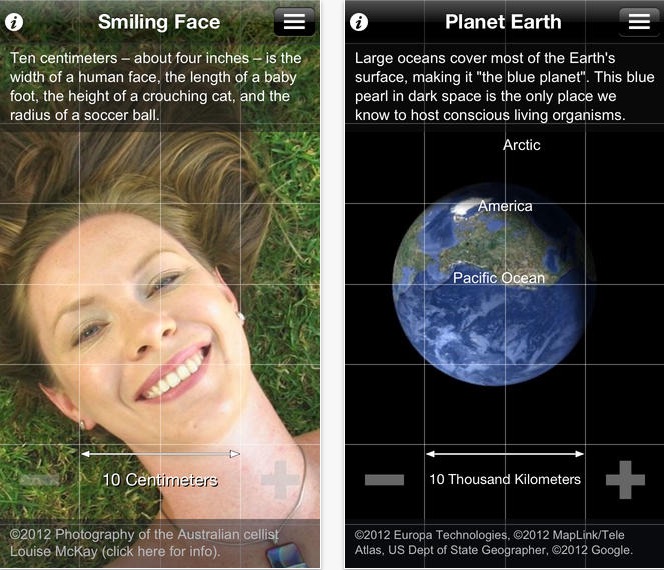 I'm old enough to remember "Powers of Ten" (1977), a formative and mind-expanding film that was shown to millions of young people in the 70s and 80s. It depicts in stunning animations for time the scale of the universe, starting from a person laying down at a picnic, then zooming out to the edge of the universe. Then it reverses and goes from human scale all the way down to the nano level. You can watch it in all it's glory here.

Fast forward a few decades, and several technological leaps later, and now you can have the same experience from a device you carry around in your pocket. "Cosmic Eye" takes that same idea and uses more modern imagery (with citations) to upgrade the experience. Here's a video showing how it looks.

What the video doesn't show is how much more engaging it is to control the level of zoom at whatever speed you want, than to have it whiz by at the whim of the filmmaker. It's a pretty neat refresh of an already awesome science experience.