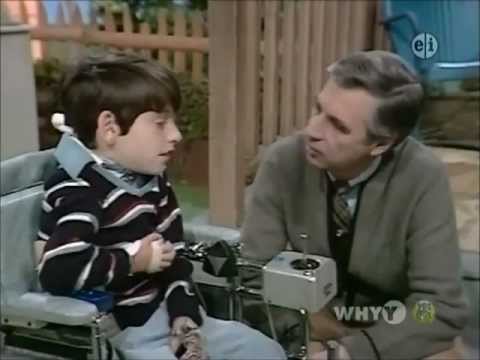 “We’d like to help children through some of the difficult modulations of life.”

I finally got around to watching the documentary “Won’t You Be My Neighbor“ a loving tribute to long-time television personality Fred Rogers, or “Mister Rogers” as he was universally known by children and adults for three decades.

The film spends some time describing the path that led Rogers from the Presbyterian ministry to the creator and host of his own children’s program “Mister Rogers’ Neighborhood” that aired from 1968 to 2001. Much time is spent discussing how his religious faith was an integral part of what made his approach to children’s television so unique. In essence, he saw each child as special in the eyes of God, and thus should be treated with respect and gentleness.

Fred Rogers was also an expert in youth development. As a theology student in the 1950s in Pittsburgh, he wanted to know more about child psychology. He studied under and was mentored by Dr. Margaret B. McFarland, an associate professor in the Department of Psychiatry at the University of Pittsburgh. McFarland had an enormous impact on Fred Rogers and his show, his views on children and their mental landscape informed by her insights and guidance over the decades.

McFarland founded, along with renowned social scientists Erik Erikson and Benjamin Spock the Arsenal Family & Children’s Center in 1953. The goal of the center was to help physicians better understand child psychology. Erikson said of McFarland that she “knew more than anyone in this world about families with young children.”

Under McFarland’s guidance, Fred Rogers designed “Mister Rogers’ Neighborhood” to be a safe and welcoming space for young children to visit every day. The practices in children’s television that Rogers developed were in line with the child development principles and concepts he was learning from Dr. McFarland.

From Rogers’ perspective, young children had special needs that other children’s programming was not providing. Among the innovations he pioneered:

He was teaching what we would call today emotional intelligence, resilience and empathy.

As I re-watch and recall my own experiences watching “Mister Rogers’ Neighborhood,” I think of what a master educator Fred Rogers was. He brought his whole self to his young charges, his emotions, his fears, his awkwardness. And you can see how much they respond to that authenticity. 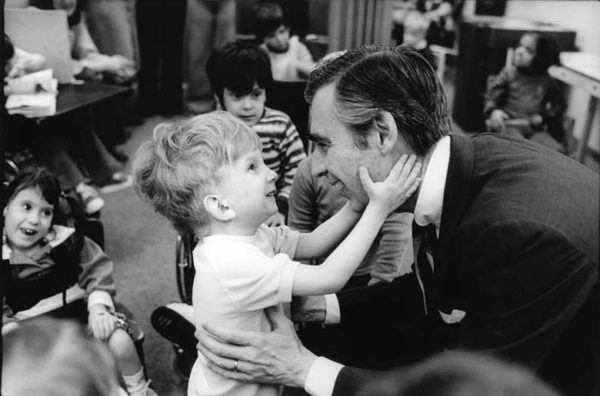 You can see the deep respect he has for each child, looking her in the eye, coming down to her level, asking a gentle question and asking if she would like a hug. That sense of caring and respect comes clearly through the television screen from his unflinching and kind gaze.

I’m blown away by the bottomless well of patience he seems to have for his young charges. Rather than rush to get to the lesson of the day, he calmly, methodically allows each child to work it out for themselves. In one famous scene, Rogers simply puts on an egg timer and along with his audience waits together in silence for one minute. In the tightly scripted, second-to-second nature of television broadcasting, this is just revolutionary.

As an educator, I’m so inspired by Rogers example. I strive to bring that kind of compassion, care, patience and consideration to my own students, whatever their age, and whatever medium I’m using.

You can read more about Fred Rogers’ remarkable approach to child development in these papers and articles: