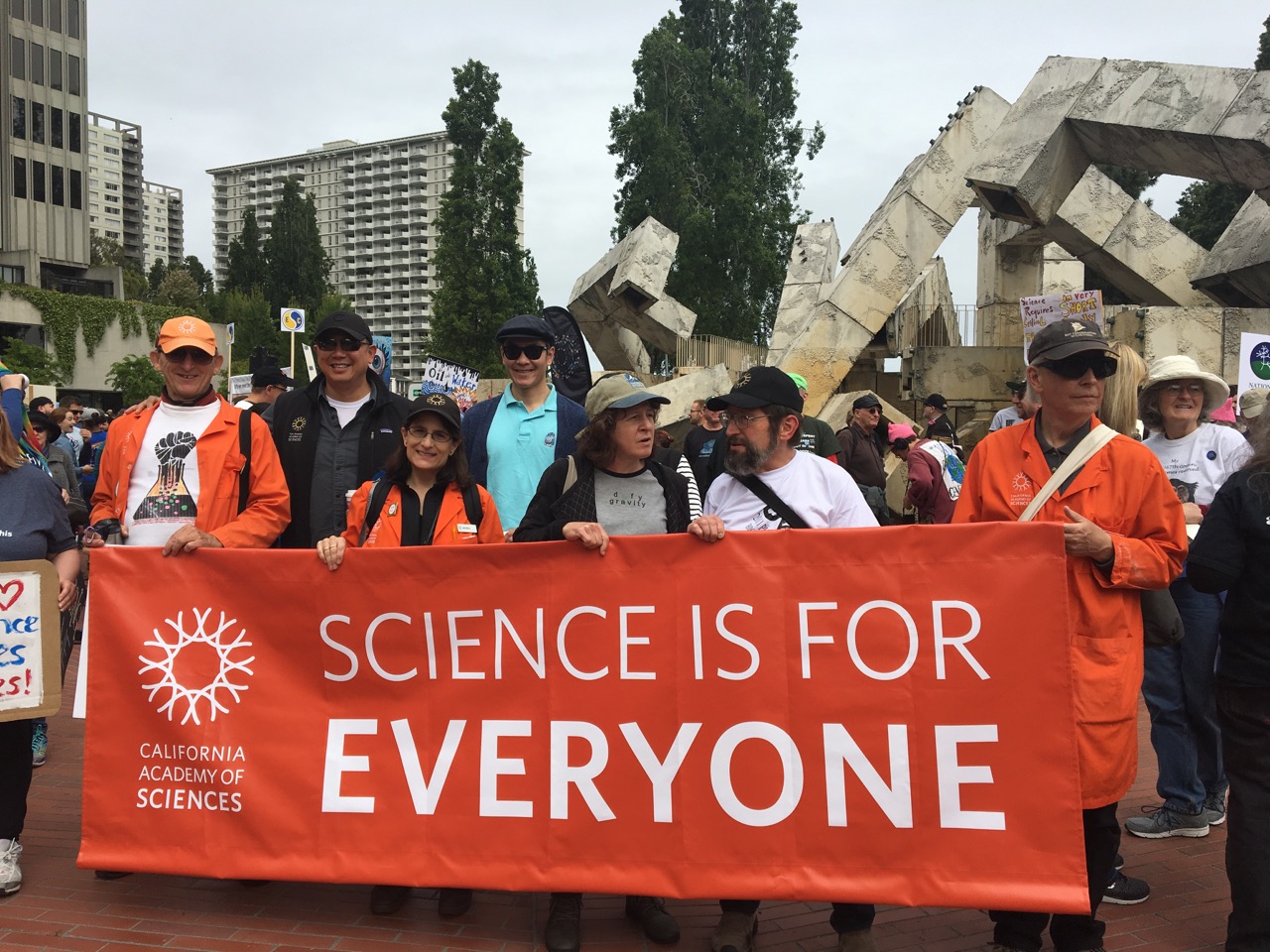 I'm so proud of my institution and my hundred or so colleagues who marched as part of the official California Academy of Sciences contingent at the March for Science SF! Seeing my institution stand up for science and for evidence-based science policy makes me so happy.

It was an incredible day of spirited marching, awesome speeches, science tabling, live music, and fun for thousands of people in San Francisco. The organizers were so on their game, with inspiring pre-march speeches, lots of helpful volunteers, free water and snacks, post-march recycling of signs, and lots of other thoughtful gestures. I wish all protests and marches were so well done.

I saw so many clever signs, but of course didn't take any pictures of any of them. The only one I captured was right at the beginning. This lovely sign was hand drawn by this quiet young lady. So well done! 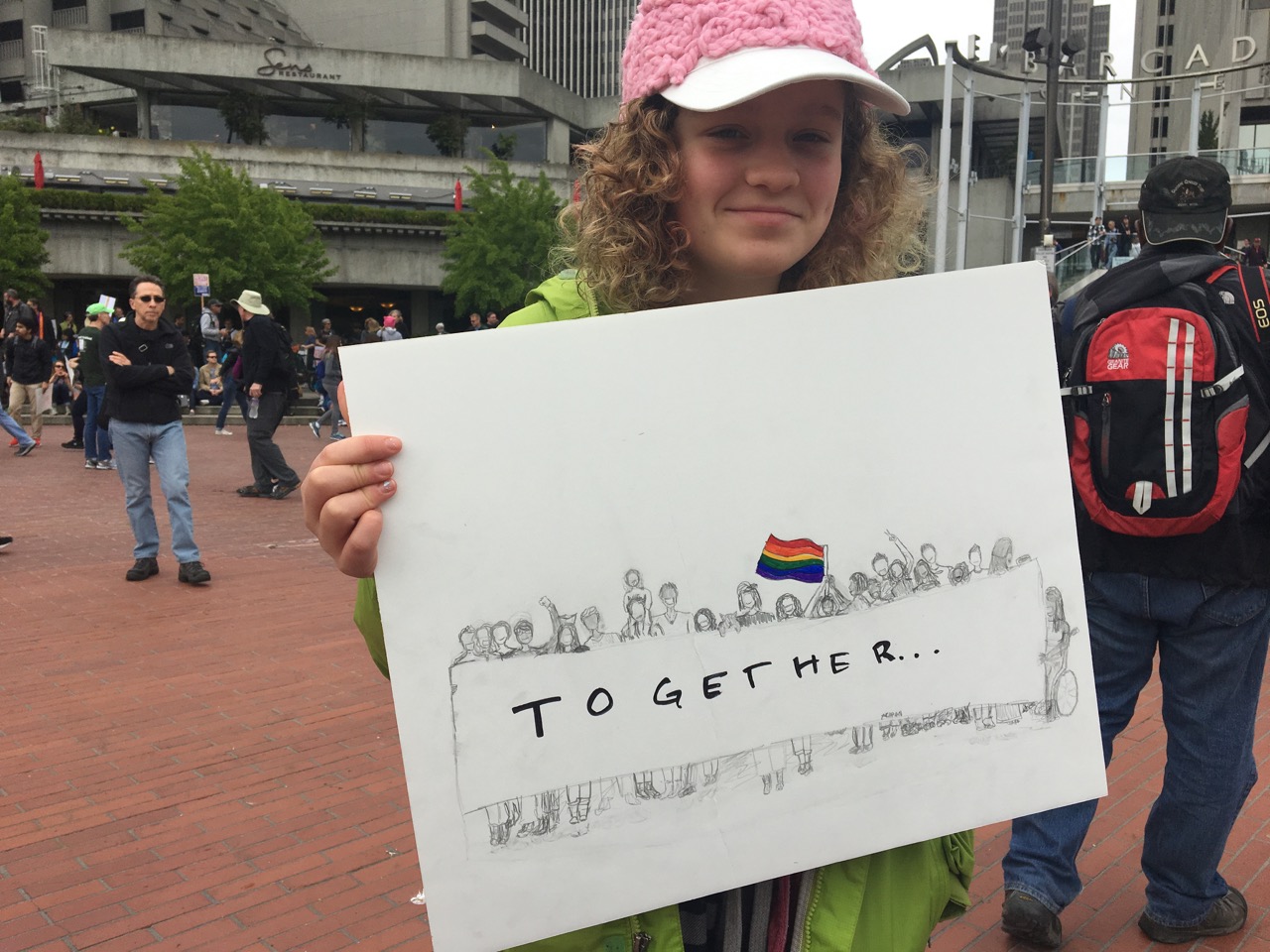 My friend Liz joined our contingent for most of the march, as an honorary member of the Academy team. 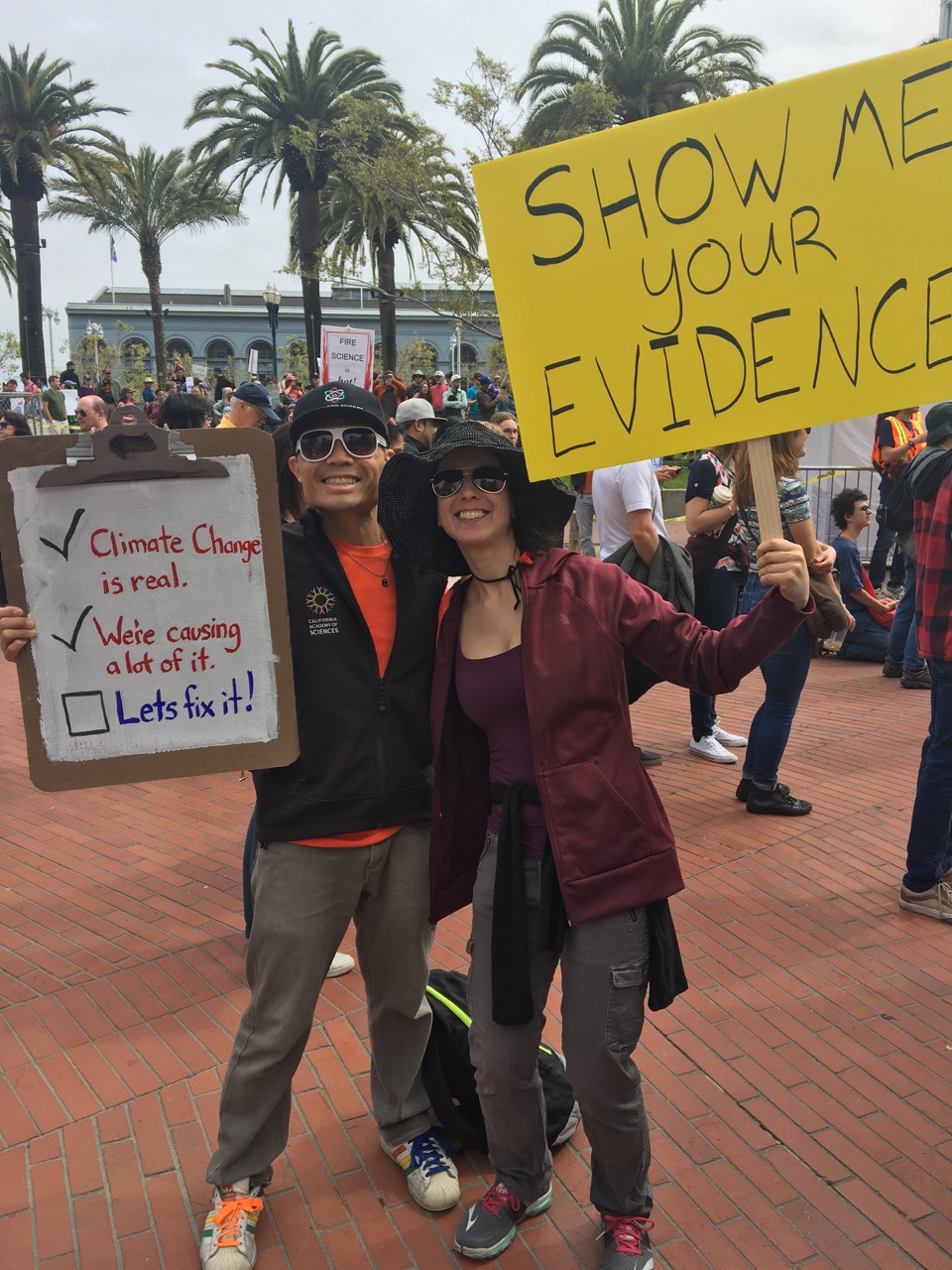 Here's me making a ruckus about something during the march. (Photo by Jeff Dam.) 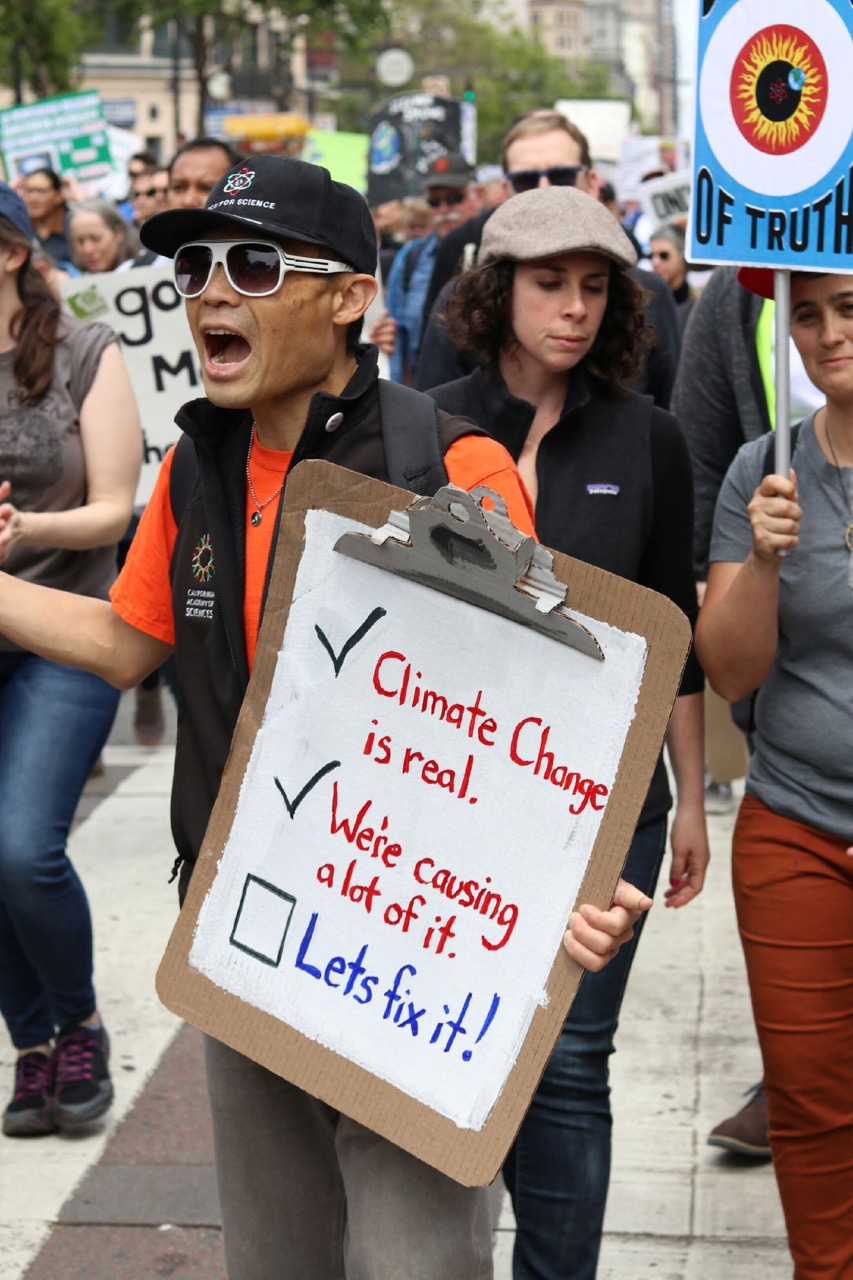 I made it all the way to civic center plaza, which was abuzz with thousands of participants and hundreds of booths. The Cal Academy had a busy section in the middle where people of all ages were learning about science from our awesome docent team. 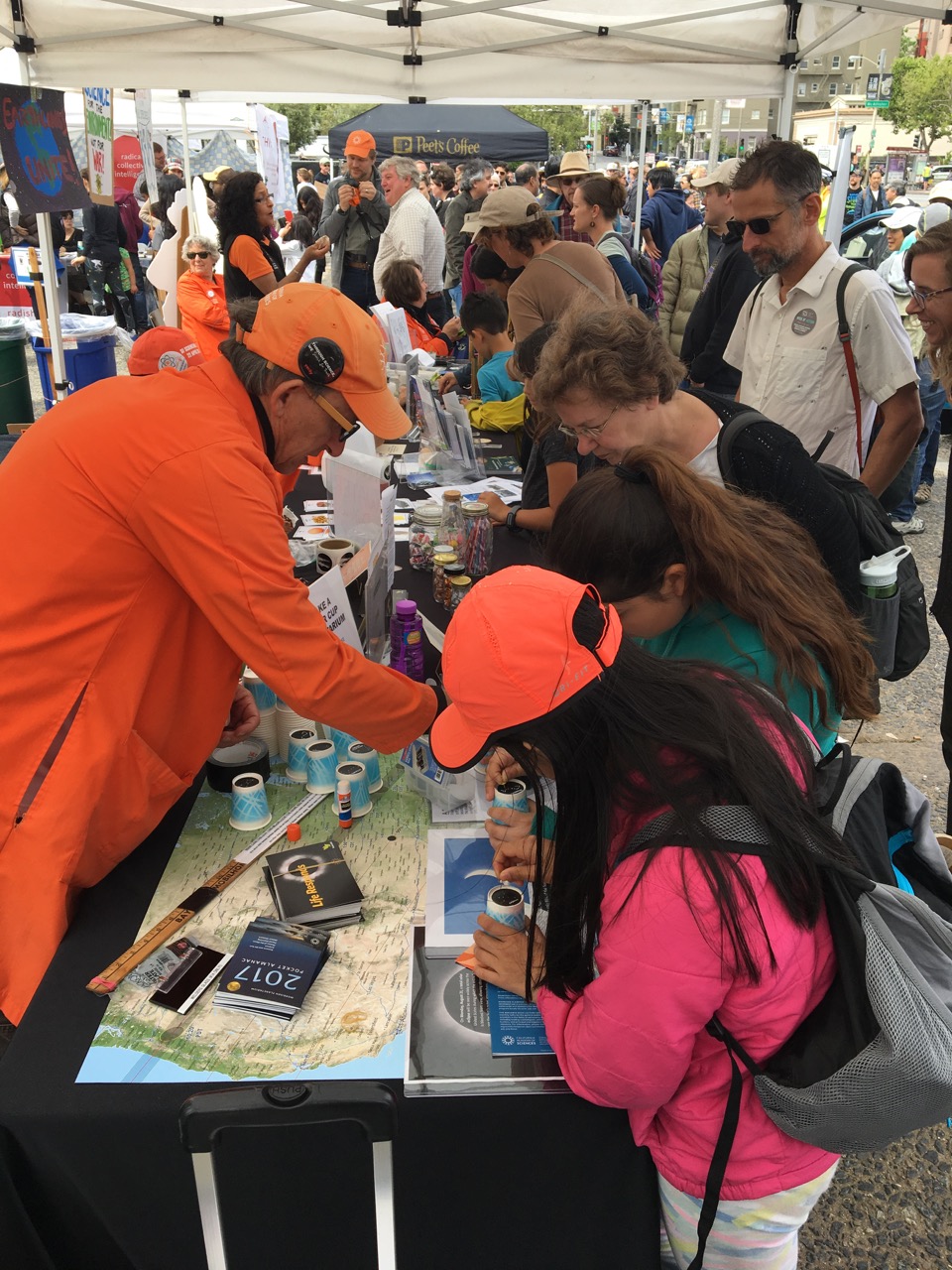 Just an all around great day for science and democracy. 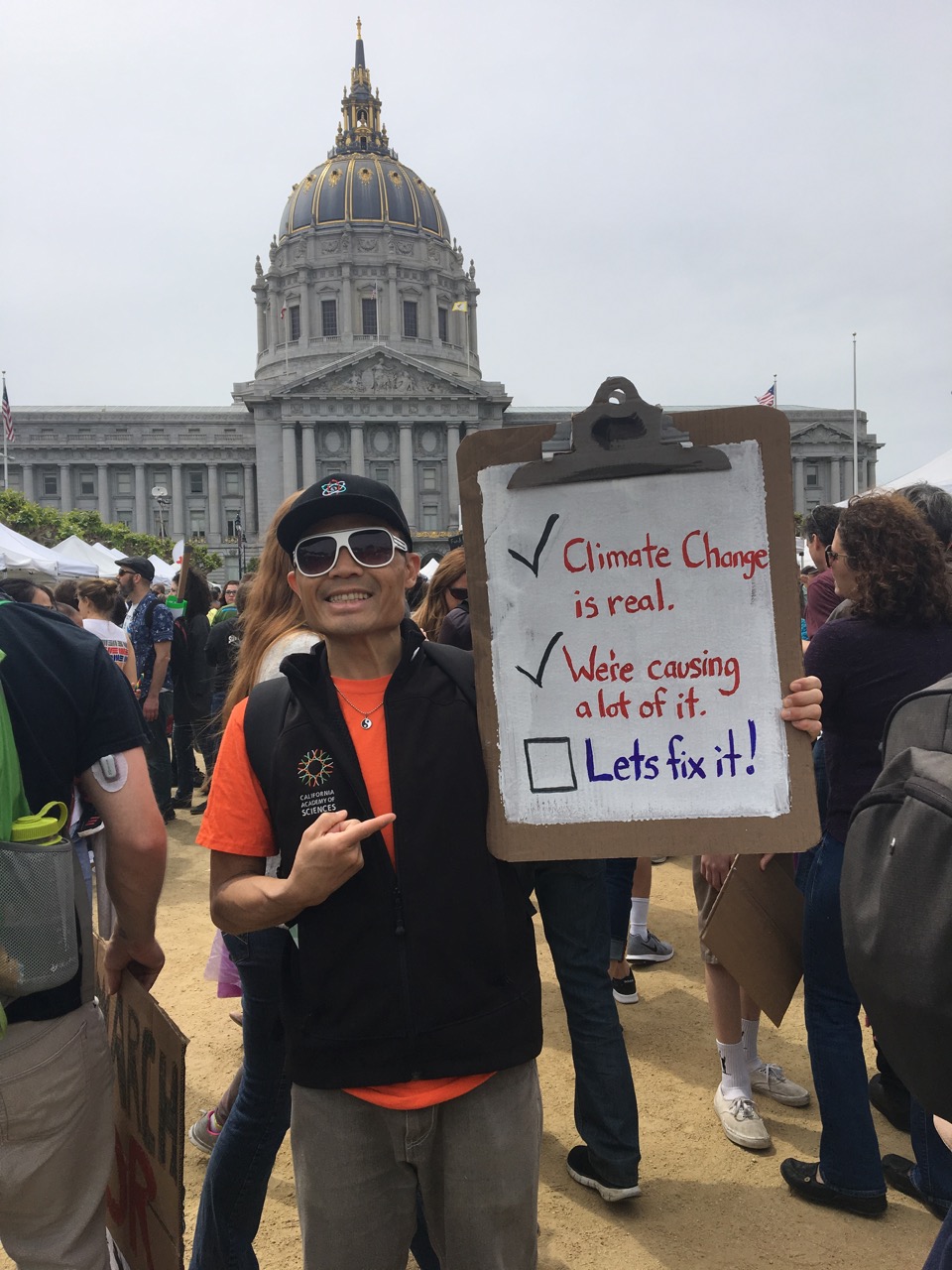 Here's a neat video of the Cal Academy at the March!