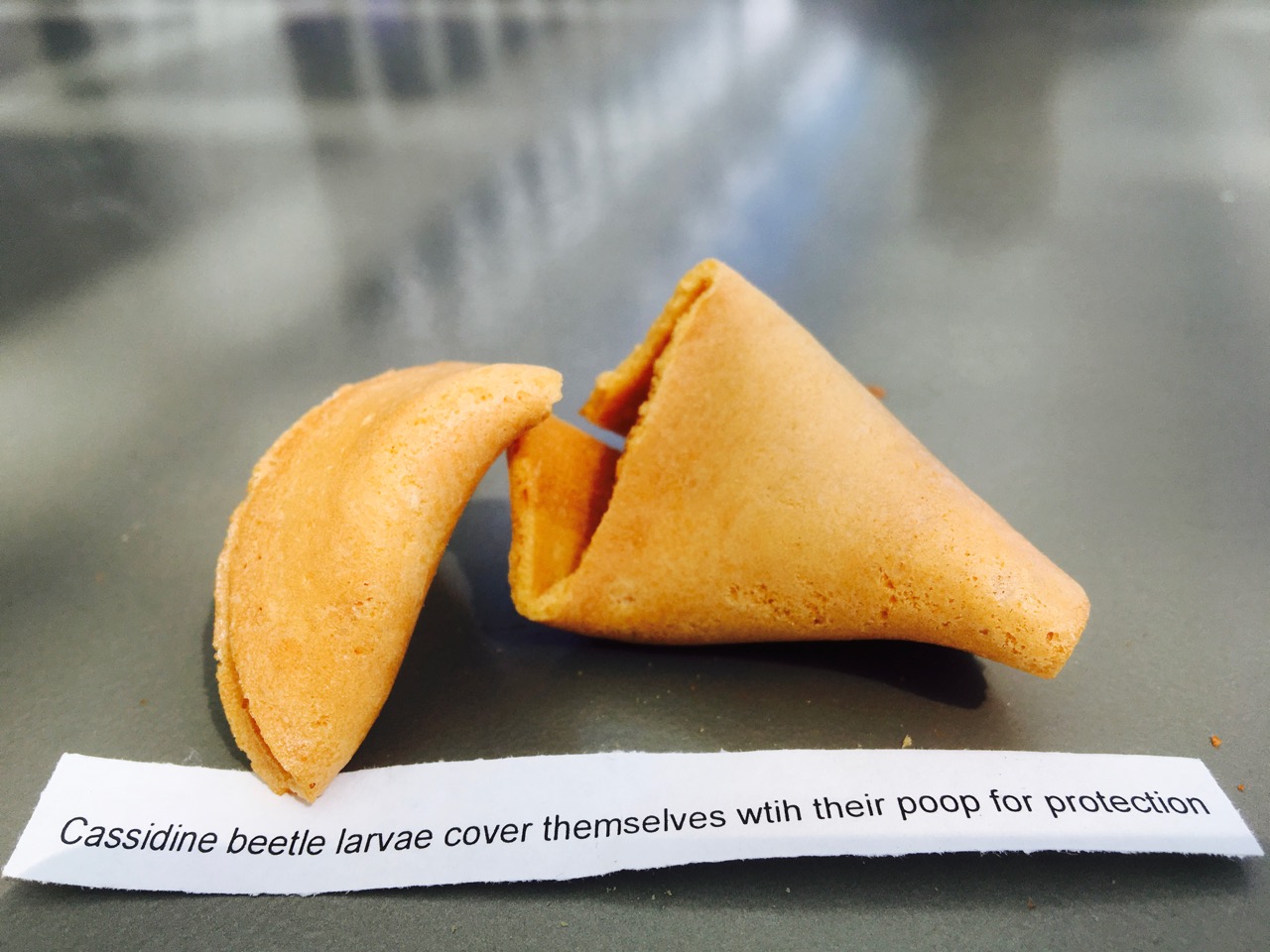 One of the many awesome science fortune cookies given out at the Institute for Biodiversity Science and Sustainability open house at the Cal Academy yesterday. More about the Cassidine beetle and its unique fecal defense:

The larvae of tortoise beetles (Chrysomelidae, Cassidinae), so called because of the turtle-like appearance of the adults, have an odd habit. Instead of ridding themselves of their feces in conventional fashion, they void these onto the back, where the wastes accumulate to form what in many species takes on the appearance of a shield (Fig. 1 A and B). The shield does not rest directly on the dorsum of the larva, but on a fork that projects forward from the abdominal tip (Fig. 1C) and serves specifically to take up the feces (1–6). By revolving the abdominal tip and thereby rotating the fork, the larva can bring the shield to face in any direction. It can thus deter a number of enemies, including ants (1–5).

Here's a picture of the more elaborate fecal shields, actually a series of fecal threads spun by this Palmetto Tortoise beetle larva. This is what it looks like from the underside, the larva revealed underneath. Fascinating and gross at the same time! 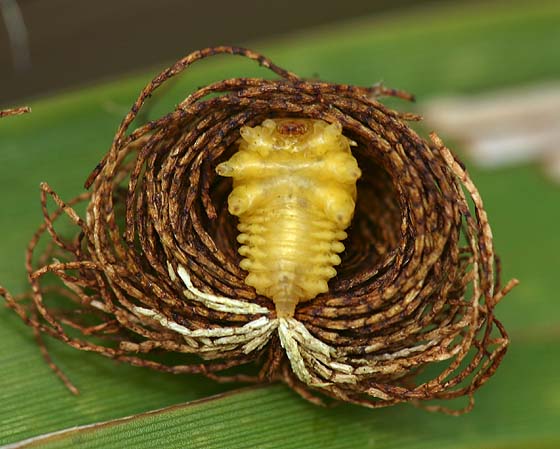